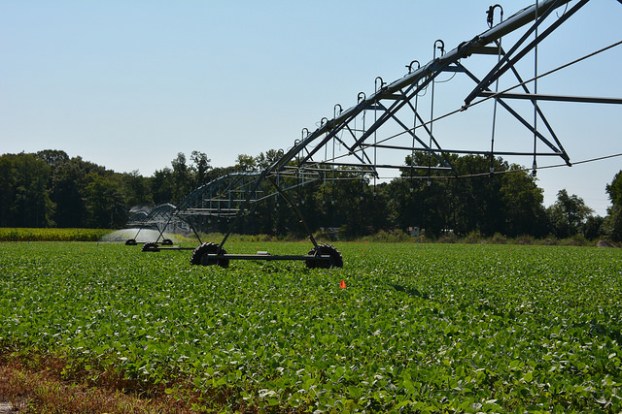 U Delaware/Flickr As Texas farmers have increased corn and soy production to reach goals set by the Renewable Fuel Standard, water supplies have been strained.

AUSTIN, Texas – A new report says the federal Renewable Fuel Standard, created to spur ethanol production and cut air pollution, is responsible for a number of negative environmental impacts, including reduced water supplies in Texas and other drought-prone areas.

“Changes in market prices change the incentive for farmers,” says Hendricks. “There’s going to be more planting of corn on existing cropland, and there’s going to be an incentive to bring non-crop land into crop production.”
From 2009 to 2016, the RFS led to the transformation of 1.6 million acres of forests, grasslands, and wetlands to crop production. Supporters of the fuel standard aimed to reduce air pollution through the increased use of plant-based fuels, which burn cleaner than conventional gasoline and to reduce the nation’s dependency on foreign oil.
The Renewable Fuel Standard also led to widespread loss of critical habitat for wildlife. David DeGennaro, agriculture policy specialist with the National Wildlife Federation, says the new research eliminates any remaining doubt that U.S. biofuels policy is making the environment worse, not better.

He says the RFS has resulted in a total loss of nearly three million acres – roughly the size of Delaware – that would otherwise be wildlife habitat or non-farm lands to corn and soybean production.

“And putting that into industrial crop production, you release a huge amount of carbon from the soil that has been stored there for decades, you destroy wildlife habitat, and the process of farming sends a lot of fertilizers and soil and other pollution downstream,” says DeGennaro.

Public officials are preparing to rewrite national biofuel policy because of a mandated “re-set” of the law. DeGennaro says he hopes the new research will help move the nation closer to solutions to promote clean fuels in a way that works for farmers, communities, and wildlife.

(Austin)  Teachers would get a $5000 boost to their annual salaries as the Senate passed its first bill of the... read more