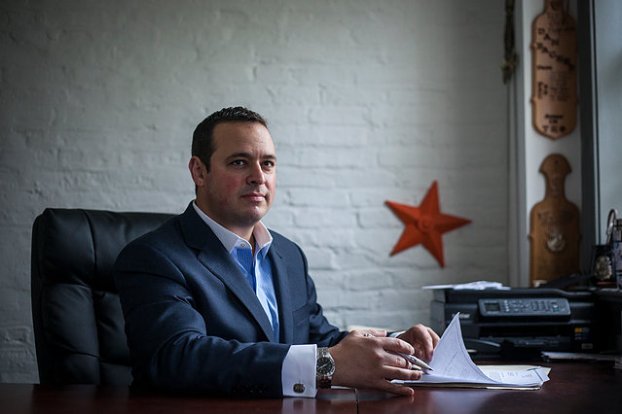 One year and two months. That’s how long it’s been since a formal complaint was filed with the Federal Election Commission (FEC), alleging Hillary Clinton’s 2016 campaign orchestrated an $84 million campaign finance scandal—the largest in U.S. history.

Yet the FEC has done nothing to hold the Clinton campaign, dozens of Democratic officials, and hundreds of six-figure Democratic mega-donors accountable for breaking the law.

Let’s start at the beginning. Last December, the Committee to Defend the President filed a complaint with the FEC, centered on $84 million in allegedly excessive six-figure contributions laundered through the Hillary Victory Fund to dozens of Democratic state parties acting as straw men, over the Democratic National Committee (DNC), and into the hands of Clinton’s campaign. The straw man contributions were made by liberal elites from Hollywood to Wall Street and everywhere in between, including fashion icon Calvin Klein, Family Guy creator Seth MacFarlane, the owners of New York City media giants and their landlords, and countless others.

Don’t just take my word for it: Meticulously documenting the “unprecedented, massive, nationwide multi-million dollar conspiracy,” the 101-page complaint is built entirely on FEC reports filed by Democrats, memos authored by Clinton campaign manager Robbie Mook, and public statements from former DNC chairwoman Donna Brazile, among others. After the FEC refused to act on the complaint within a statutory 120-day timeframe, the Committee sued the agency to force action, claiming the FEC’s failure to act is “arbitrary, capricious, contrary to law, and an abuse of discretion.”

This week, the Committee targeted the FEC again, pointing out how the agency has sat on the Committee’s initial complaint from last December. The Committee urges the FEC do its due diligence and ramp up its investigation—well over a year after the story first broke.

Quite frankly, inaction is unacceptable. As President Trump’s election proved, the American people are fed up with political figures like the Clintons getting away with scandal after embarrassing scandal.

And this particular scandal takes the cake. The $84 million in laundered money amounts to the single largest campaign finance scandal in U.S. history. We have never seen a political candidate—especially one as recognizable as Clinton—preside over such an extravagant money laundering scheme, for the sole purpose of circumventing campaign finance laws and selling unprecedented access to win the White House.

Of course, she failed spectacularly, but allowing such a blatant disregard for campaign finance laws to go unchecked sets a dangerous precedent. It shouldn’t matter if you’re a Democrat or Republican—the law should be enforced. Look at it this way: Conservative filmmaker Dinesh D’Souza—one of the Left’s favorite punching bags—was prosecuted, convicted, and served eight months in a community confinement center and five years of probation for a similar campaign finance violation. That violation amounted to $20,000 in straw man contributions.

Not only has the FEC done nothing, but the left-leaning mainstream media has basically ignored the (latest) Clinton scandal for months now. Even Washington Post reporter Dave Weigel acknowledged “most coverage of the FEC complaint had appeared in conservative media.”

But media bias is one thing; the FEC’s failure to act is another one entirely. If the government won’t hold political elites accountable, then who will?

Dan Backer is a veteran campaign counsel, having served more than 100 candidates, PACs, and political organizations, including the Committee to Defend the President. He is founding attorney of political.law, a campaign finance and political law firm in Alexandria, VA.

By Dr. Rickie R. Harris Author Simon Sinek writes about the concept of the Golden Circle in his book Start... read more