City listens as citizens speak about a proposed sports complex 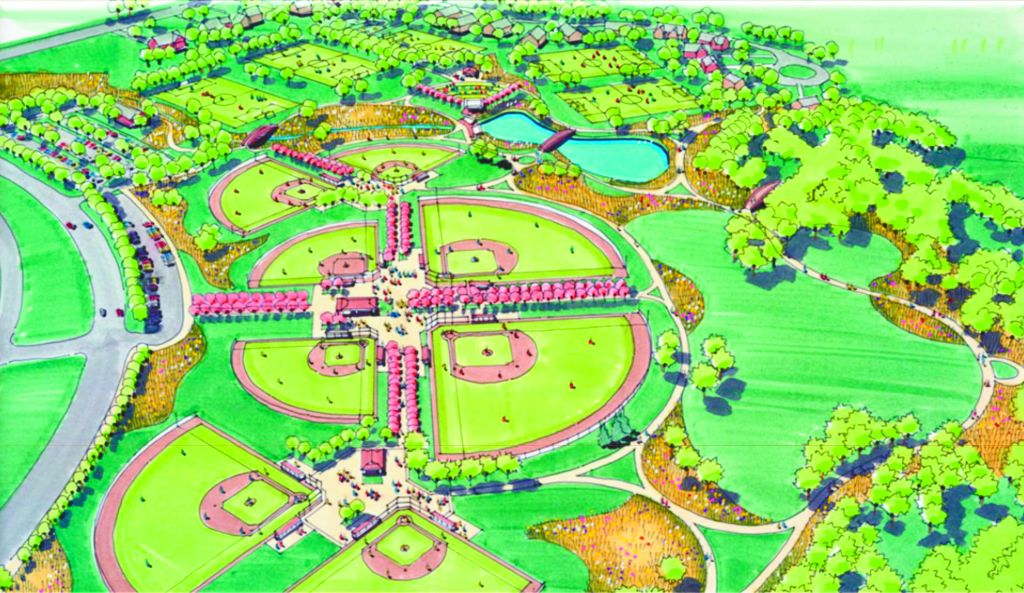 Courtesy graphic An artist rendition of what a possible sports complex could look like for the City of Orange.

In a meeting to hear what residents thought about a sports complex in Orange was standing room only as citizens turned out to hear more about the project and give their input.

“I really believe God is moving on this area,” Orange Mayor Larry Spears Jr. said. “We have to be positive and uplift each other.”

With 2,000 athletes in Orange County, the complex could offer sectional tournaments with a five field cluster. It would also create jobs.

One resident suggested the city sponsor a team so the facility could be used by all kids and not just to those who were able to afford organized sports.

One city said it would draw people if it was built.

“Kids should not have to go to Beaumont or Lake Charles to play,” the man said.

Another man said he knows of players driving three and a half hours one way so they would have a place to play.

“There are several levels of teams,” a man stated. “They are making that drive every weekend.”

A young lady asked about considering something to accommodate track athletes as well.

“Three went this year for the Junior Olympics,” she said. “To get a team here, there has to be something here. There is a summer league but not one here for track.”

Spears said there is a possibility in the natatorium area and would look into that.

Funding could come from the EDC money, the city, and the Hotel Occupancy Tax fund.

Spears said the city owns 128 acres of vacant land in the old Riverside area along the Sabine River on Simmons Drive.

“No longer will we say a certain part of town is not good enough,” Spears said.

At this time, the city is gathering citizen input on the project.

The complex could host baseball, softball and soccer fields.

This meeting is the first step towards a decision to continue talks on a sports complex.

“There will be more public meetings in the future on this subject,” Spears said.