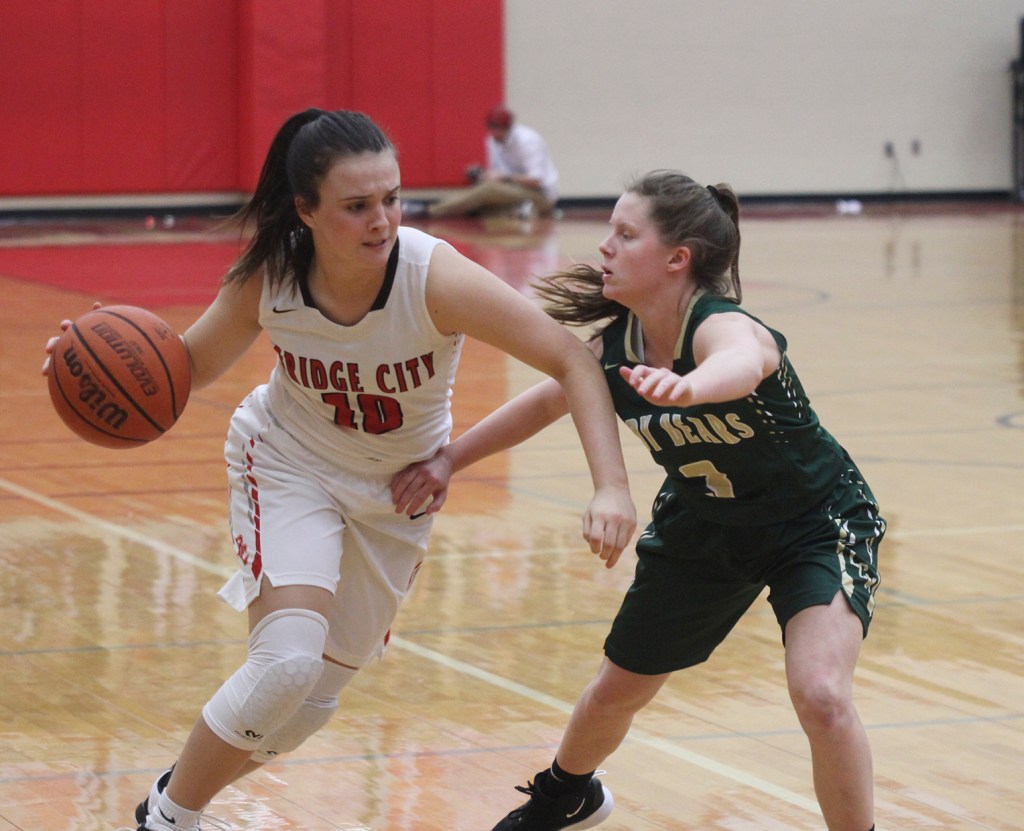 Van Wade/Orange Leader Bridge City's Caitlin Denison (10) tries to get past LC-M's Brielle Butler (3) during the first half Friday night at Cardinal Gym.

BRIDGE CITY – The Little Cypress-Mauriceville Lady Bears struggled mightily from the free-throw line all night but senior Lady Bear post Karly Rogers buried the biggest one of the year with two seconds remaining Friday night as the Lady Bears escaped Bridge City with a 36-35 victory to secure the third-place playoff berth out of District 22-4A at Cardinal Gym.

The Lady Bears (21-10, 7-4) converted just 8-of-21 free-throws on the night. Rogers was fouled with 0:02 remining. She missed the front end of the two shots but calmly drained the second one to seal the victory.

The Lady Bears jumped out to a 13-6 lead by the end of the first quarter as Chelsea Perry and Zaria Johnson combined to score all 13 points.

The Lady Cardinals scrapped to within 20-17 at intermission and then limited the Lady Bears to just one field goal to grab a 26-24 edging heading to the fourth quarter behind two huge three-pointers by Hanna Wiegreffe in the third.

The Lady Cardinals can clinch the fourth-place playoff berth with a win at Lumberton Tuesday.

The Lady Bears finished with a 32-29 rebounding edge. Bridge City had 14 turnovers while LC-M had 12. The Lady Cardinals went to the free-throw line just three times, making one.

The Lady Bears will close the regular season at home Tuesday against WO-S.