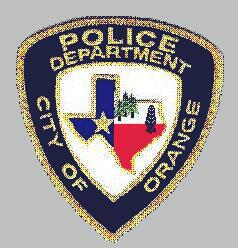 A man stumbling on the side of the road and almost falling into traffic at approximately 9:30 a.m. Wednesday was reported to police.

Officers located the man near 16th Street and Lutcher Drive in Orange.

The man was having difficulty in maintaining his balance as well as having watery, glassy eyes and slurred speech.

He was placed into custody for Public Intoxication (Class C). A search was then conducted and a small baggie containing a green leafy substance was found in the man’s right sock, according to a police report. This added the charge of possession of synthetic marijuana (penalty Group IIA, Class B).

An unknown clear substance was also mixed with the leafy substance in the baggie.

Due to his extreme intoxication, officers transported the man to a hospital for evaluation. Once cleared, he was transported to Orange County Jail.

Once inside the jail, while waiting on the jail staff to book him in, the man used the restroom on himself and needed to be immediately taken to the showers, according to the police report. Due to this, he was not able to be asked whether or not he would like to give a voluntary statement.