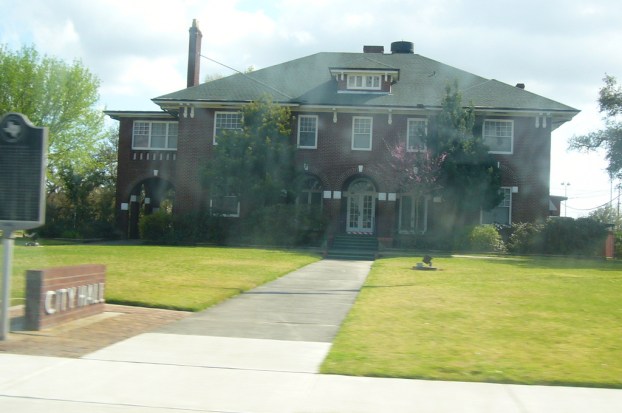 A representative of the Center for Disease Control said the units will only be here two more weeks.

“Everyone has been so welcomed here,” the CDC representative said. “Your county helps establish health guidelines for the future.”

To date, 340 individuals have completed the assessments. The CDC gave up to 600 persons the opportunity to participate.

Orange Mayor Larry Spears Jr said his recently born daughter was one of them.

“We just got home from the hospital with our baby when this lady knocks on the door saying it concerns my daughter,” Spears said. “I had to do some research first.”

Waste Management spoke with the Orange City Council on Tuesday morning to present a change in routes for a small area of the city.

“In late November, we had a tragedy,” the representative said. “We want to make it safe for our staff and your residents.”

Derrick Cane, of Beaumont, was killed in a tragic crash on Martin Luther King Drive in Orange as he was working for Waste Management.

“Your community and city responded with such compassion,” Waste Management Representative said. “Our partnership is so valuable and touched all of us to the CEO.”

The locations in the revised route are 50 homes and businesses deemed as high risk due to being on a major highway or high speeds on the street.

The pickup day would be changed to Thursday morning and as the collections are being made a truck with a trailer for delivering trash receptacle following behind.

“This would add a buffer if a driver is distracted,” the representative continued. “The trailer would get the brunt of it if struck. There would be no staff on the trailer.”

The route would take approximately 40 minutes for start to finish.

Spears thanks Waste Management for taking active measures to prevent a future incident.

“For you to take action, shows how much you care,” Spears added.

Waste Management looks at any situation out of the ordinary in the country and dissects it, makes tweaks to how it operates.

“If it saves one life,” the representative said.

At the next city council meeting, the council will be presented with a list of the locations as well as a copy of the letter to go out for the city to approve.

The February 12 council meeting has been canceled due to conflicts in the council’s schedules.

By Eric Williams The Orange Leader Two men were uninjured after their car left the road and crashing into the... read more