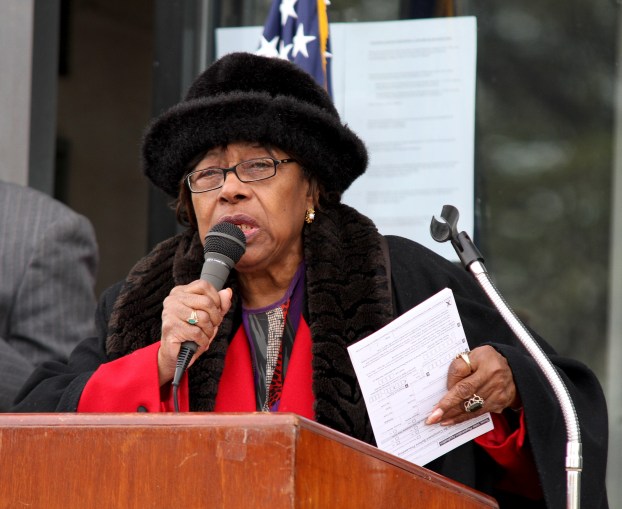 Pernell said she had been told a building should not be named after a living person.

“If you are going to give me a rose, don’t wait until I am gone. Give it to me while I can enjoy it,” Pernell said. “Ms. Bellfield was paving the way so I can sit here.”

Bellfield was the first black and the first female mayor in Orange.

Bellfield has fought for civil rights and encourages people of all ages to become more involved in the government and to exercise their right to vote. She is often found handing out voter registration cards at events.

Michael Christian Gobert died unexpectedly in March 2018 while in Houston.

Gobert was a 2017 graduate of West Orange –Stark High School and was freshman at Texas Southern University majoring in Computer Science.

He had a zest for life and was always positive and optimistic no matter what obstacles he faced, according to the proclamation read by Spears.

The community felt his loss as evident by the numerous people attending the Tuesday evening council meeting. When citizens ran out seats, people started sitting on the steps in the aisles.

Stark Museum of Art is hosting Stories from Cowboys of Color: An Afternoon with Don Russell, Cleo Hearn, Myrtis Dightman, Bailey “The Prairie Kid,” and Jason Griffin at 2 p.m. on Saturday, July 28, 2018.  The event will feature a panel discussion from 2 p.m. -3 p.m. and will be followed with a reception and book signing.

The State of Texas, through Senate Bill 1522 signed by Governor Greg Abbott, has designated the fourth Saturday in July as National Day of the Cowboy in recognition of the historic, cultural, and social contributions of the cowboy, according to the proclamation issued by the city of Orange.

“I am an old cowboy myself,” Henry Lowe, of Orange, said. “I think it is fantastic the Stark Museum of Art exhibit. Thank you for doing that.”

Lowe added after the Civil War the only jobs for young black men and Mexicans was driving cattle.

A gas line issue has been detected on Sunset Drive near the Sunset Grove Country Club, causing the City of... read more