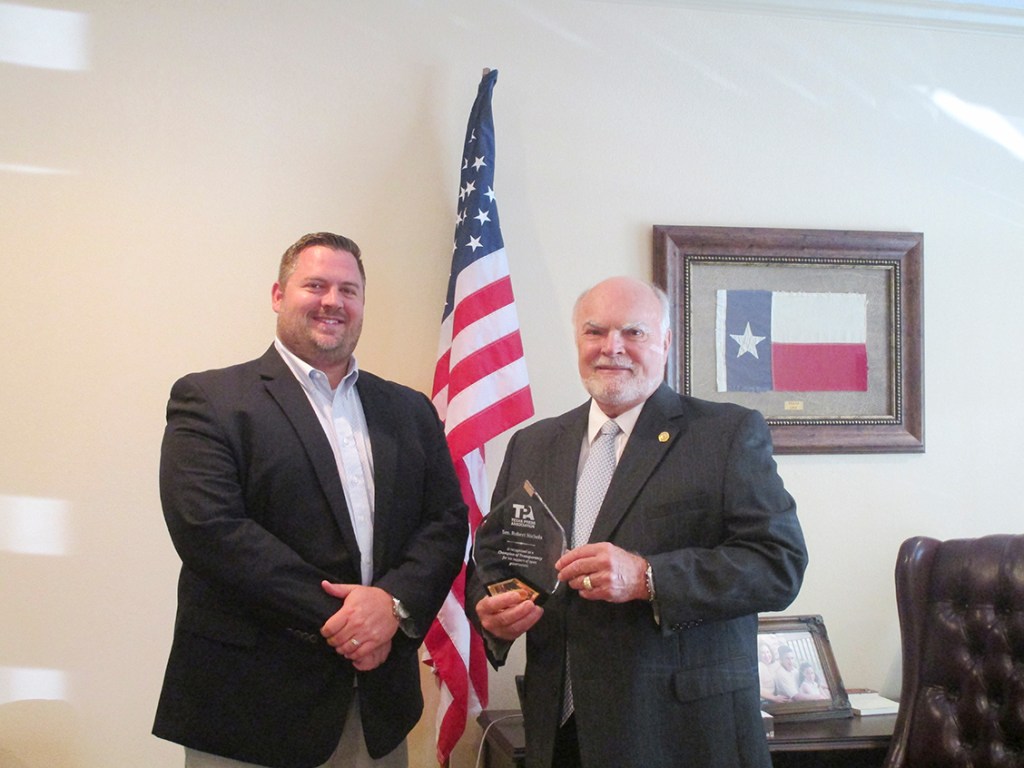 “I am grateful to TPA for this honor. I believe local newspapers are an essential form of communication all over Texas, but especially in East Texas,” said Senator Nichols. “I have and will continue to stand behind and support the needs of the newspapers within Senate District 3.”

Senator Nichols was honored for his work in ensuring there is transparency in government by providing Texans with access to governmental meetings and records. As well as ensuring public notices, which are required of governmental bodies, are made available in newspapers.

“The Texas Press Association is proud to name Sen. Robert Nichols a Champion of Transparency for 2017-18. He is a staunch defender of the public’s right to know about the activities and intentions our government,” said Donnis Baggett, Texas Press Association Executive Vice President. “His votes in the Texas Senate and his advocacy for citizens dealing with state agencies are impactful. Texas is well-served to have such an effective voice for transparency and accountability in the Legislature.”

First elected to the Texas Senate in 2007, Robert Nichols represents 19 counties including the greater part of East Texas and Montgomery County.

In the Texas Senate, Nichols serves as Chairman for the Transportation Committee. He also serves on the Senate Finance, Administration, and Business and Commerce Committees. He is a member of the Legislative Audit Committee and is serving his third term on the Sunset Advisory Commission.