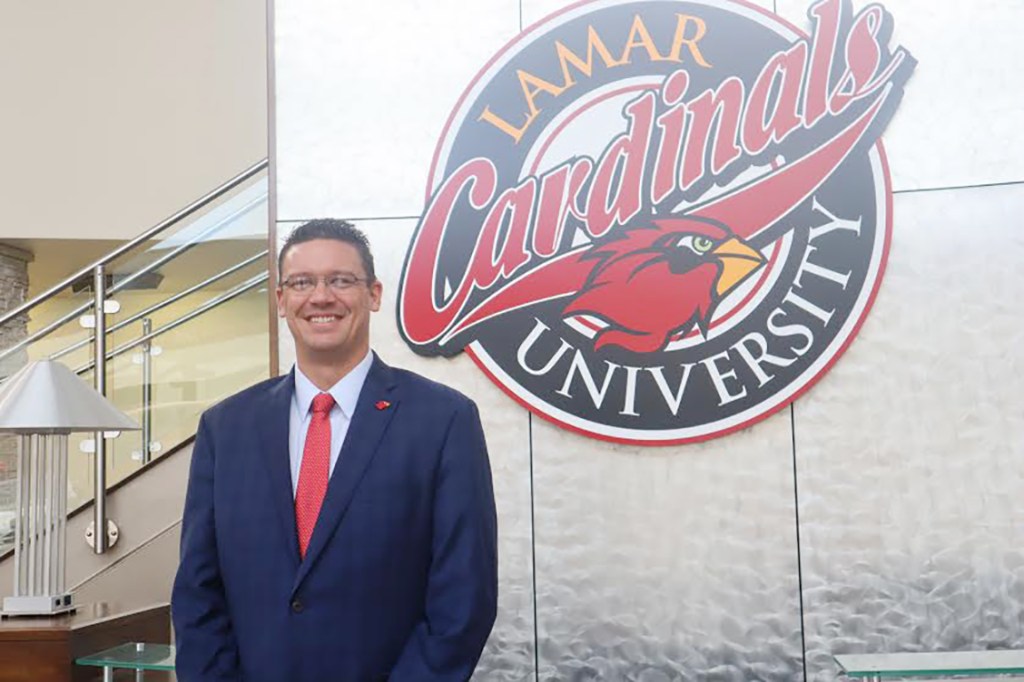 At the end of March, Lamar University hired Marco Born to lead its athletic department. Even while Lamar is in the midst of a court battle over his dismissal of two softball coaches, Born has a consistent theme he wants to instill in his coaches and student athletes — family.

“I want this department to support each other,” Born said. “I want the football coaches to be seen at the volleyball matches and the soccer team to come out to a basketball game. I want the tennis guys to support the cross-country team. We are a small department, because of the level we are at. We don’t have as many staff members as some of the Power Five, so we need to support each other first before we ask anyone else to support us.”

Born said that the student presence at sporting events makes a huge difference.

“That’s what I tell my marketing staff,” he said. “The band already makes a huge difference. I’ve always said that the band is so special to college athletics, especially to college football and basketball. That’s what separates us from the NFL and the NBA. We have the band.

“I’d rather have the band play all of the time. If the visiting team brings a band, it’s even better. It’s an atmosphere. Then we bring the students in and create that game-day atmosphere. That’s what’s going to get everyone else excited to come to the game.”

Born said he believes that a being a smaller athletic program has its own benefits.

“I’ve never worked at a Power Five school,” he said. “I always work at FBS schools, but they were bigger than Lamar from a numbers stand point. The attention our student-athletes get from our administration is great. I always tell coaches, if they have a recruit in town, send them to my office. I’ll make time to meet with them.

“When I come to work everyday, I want to try to make Lamar better,” he said. “I want to make Lamar athletics better to benefit our student-athletes. They’re the No. 1 reason we come to work. They’re the No. 1 reason we raise money and sell tickets. We want them to have as good of an experience as I had at Middle Tennessee, when I was a student-athlete.”

Born said he measures a student-athlete’s success in three ways.

“I want them to be champions on the field and court, meaning that I want them to win conference championships like cross-country, soccer, women’s basketball and tennis did this year.

“I also want them to be champions in life. We do a lot that people don’t see like the life-skills program, the resume writing and all of the things that we do to prepare the student athletes for the life after college. We want them to be good husbands and wives and good citizens of society. Those are the three things that we strive for every day and that’s what I want my department to be known for.”

Born said he looks forward to seeing what the football team brings this fall, as well as the continued success of the cross-country and soccer teams that both won conference titles last season.

Whether or not any of the teams can top their achievements from last year remains to be seen. But they will try together, as one, he said.