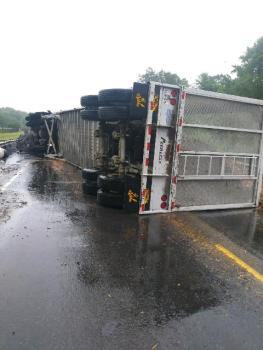 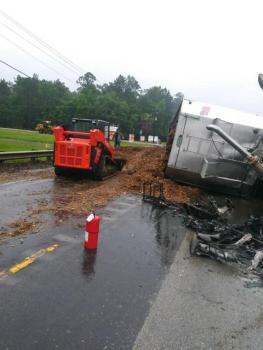 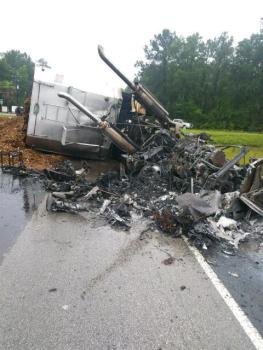 State Hwy.87 near the Orange/Newton County line is currently closed due to a multi-vehicle accident.
According to a scanner, an 18-wheeler is engulfed in flames at the scene.
At approximately 7:45 a.m., the Texas Department of Public Safety (DPS) received a report of a multiple vehicle crash on State Hwy. 87 in Orange County.
The crash occurred near the Sabine River Authority offices.
DPS can confirmed that the crash involved multiple vehicles, including a truck tractor semi-trailer.
The collision impact caused a fire which has closed all traffic lanes on State Hwy. 87.
Troopers and other emergency personnel are on the scene; however, crash details are limited.
There are reports of injuries, but the extent of those injuries are unknown at this time.
Currently, all northbound and southbound traffic lanes of State Hwy. 87 are closed.
There is no time estimation as to when the roadway will reopen.
Motorists are urged to find an alternate travel route and expect delays.