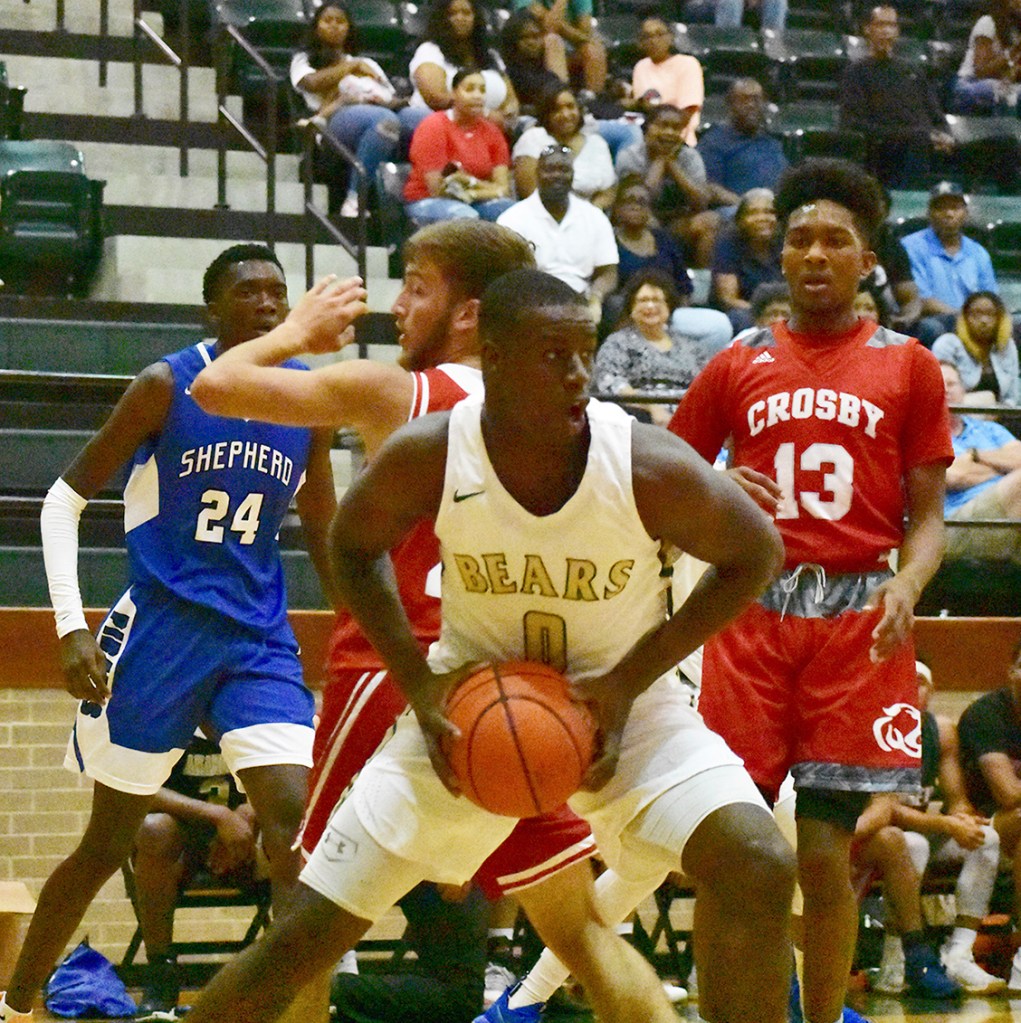 Katon Brown of LCM pivots for a basket inside during Friday’s Christus All-Star Classic game in Winnie. (I.C. Murrell/The News)

Jones scored all 12 of his points in the second half (including three 3-point baskets), helping the East take a 69-56 win over the West in the Christus All-Star Classic boys basketball game Friday at East Chambers High School.

“I’m pretty shocked about it,” the Illinois Central College signee said. “They’ve got a lot of big guys bigger than me, but it ain’t always about my size (6-feet-3). It’s about my skill set and how I can use my body to the best of my ability.”

Maybe the only blemish in the East’s victory was Chatman’s ejection in the fourth quarter after picking up his second technical foul. The 5A state tournament MVP, who had four points all in the second period, was whistled for his first technical in the third, apparently frustrated with not getting foul calls to his benefit.

Also at East Chambers, Tayelin Grays scored the first 12 West points of the second quarter and went on to earn West MVP honors following a 69-56 win over the East.

Grays, a New Mexico State signee, led the way with 30 points. She knocked down four of the West’s eight three-point baskets.

Tytiana Haamid of Cleveland scored 20 points and Amaya Armstrong of Crosby had 11. Armstrong had three treys.

Michaela Terry of Evadale earned the East MVP honor after making 24 points. She had four treys.

Kinsy Haschke of Barbers Hill was the West MVP.