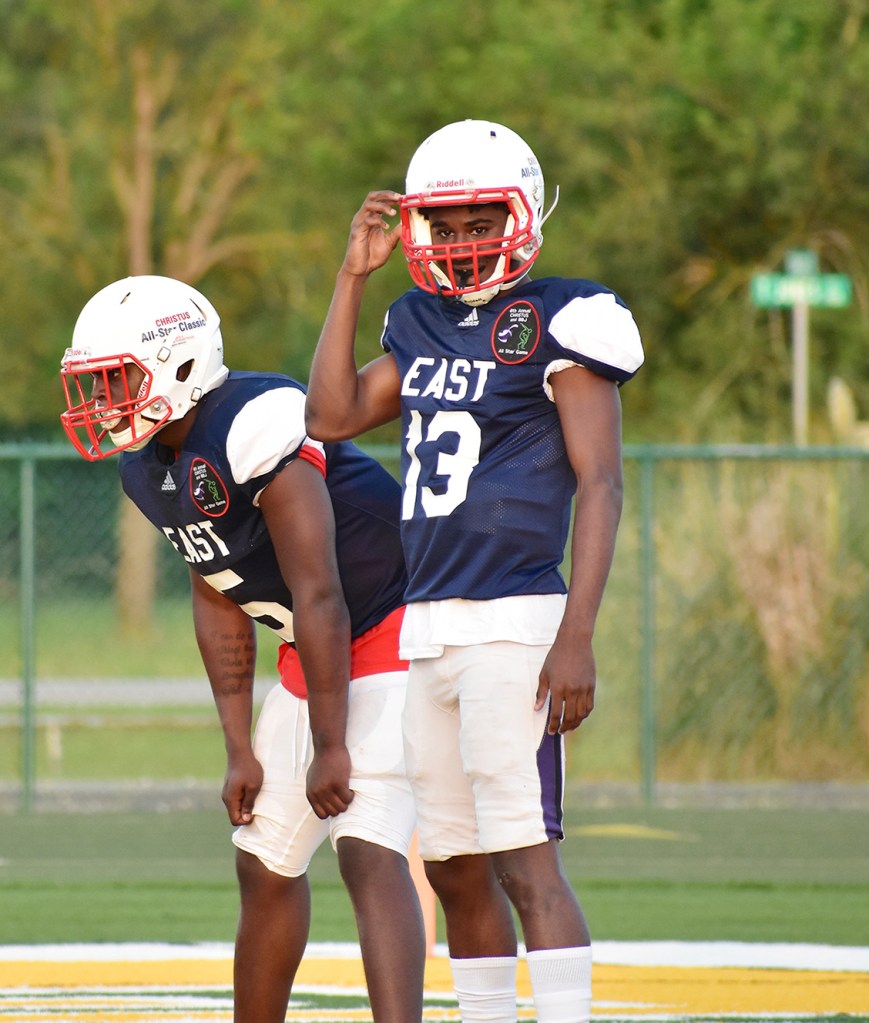 WINNIE — If Kevon Latulas set a record with his 98-yard touchdown catch, the Nederland graduate will have a most valuable player award to show for his efforts.

Latulas handled one last high school football victory to Monte Barrow and the Nederland coaching staff, which led the East this week, before heading off to Kilgore College.

Chris Winters of Little Cypress-Mauriceville turned in a 75-yard rushing touchdown for the East early in the fourth quarter. Coaches told the Tyler Junior College signee it was only a matter of time before he would make a big play.

“We were going over the inside plays. That’s where they knew I made my bread-and-butter during the regular season at Little Cypress,” Winters said. “[One coach] told me straight-up we were going to stick to the script.”

Latulas’ long haul came from West Orange-Stark’s Chaka Watson with 27 seconds left before halftime. He spun to his right off Devonta Shelton of Goose Creek Memorial and saw nothing but green space afterward.

It was not immediately known if the pass play set a Classic record. This was the ninth All-Star football game organized by the Southeast Texas Coaches Association.

Latulas’ second TD was an over-shoulder haul from Johnson from 15 yards out late in the third quarter.

The West, which had taken a first-quarter lead on Harmon’s TD pass to Kirkland, saw two scoring opportunities end in turnovers. Ciccio recovered a fumble and returned it 40 yards in the third quarter, and Nederland’s Taelor Wolf — who had suffered a collarbone injury early in the 2017 season — picked off a pass with 6:40 left in the game.

Bralin Simon of West Brook added to his own highlight reel with a 40-yard catch over the shoulders of his defender in man-to-man coverage on the game’s final possession.

Santa Fe High School was under attack on May 18 when a 17-year-old student allegedly shot 10 people to death (eight students and two teachers) and wounded 13 others.