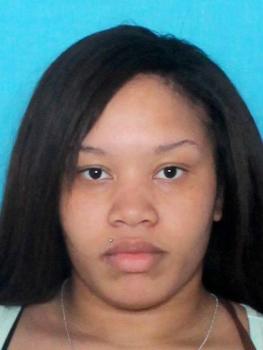 Update on 6.15.18- On Friday, June 15, 2018 at approximately 12pm, Mildred Rashelle Goodly, turned herself into the Lake Charles Police Department without incident. Sidney Charles Bland is still at large. Investigation is continuing.

PRESS RELEASE — On Friday, June 8, 2018 at approximately 825pm, Officers with the Lake Charles Police Department responded to a residence in the 2700blk of Guy Street for a shooting. Upon arrival Officers located a 73 year old male, with multiple gunshot wounds. Officers learned that 3 subjects entered the residence, shot the elderly male and took an undisclosed amount of cash from the victim. The suspects then fled the residence.

The investigation revealed that Mildred Goodly and Sidney Bland were two of the subjects responsible for the crime against the elderly man. Detectives prepared arrest warrants for both subjects and submitted to Judge Michael Canaday.

The third subject is still unknown at this time and is still at large.

These subjects are wanted for the warrants and should be considered armed and dangerous. Any person(s) caught harboring or assisting with these subject evading law enforcement could be arrested and charged.

This investigation is still on going, if anyone has any knowledge as to the whereabouts of these subjects, please contact Crime Stoppers or the Lake Charles Police Department.

The victim is recovering from gunshot wounds at a local hospital.