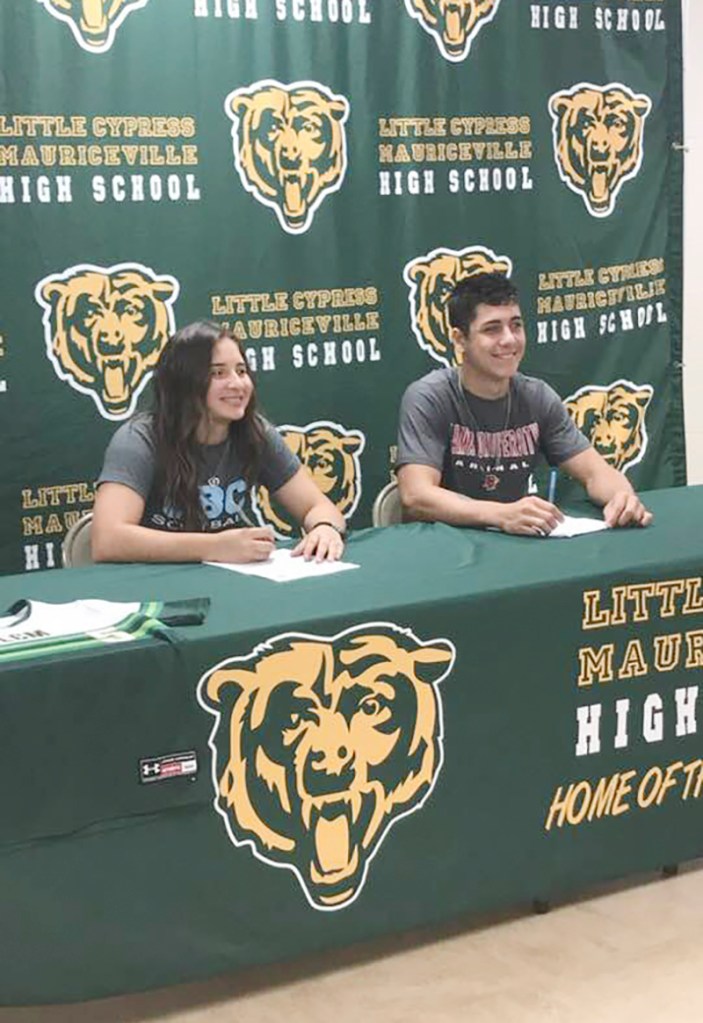 Little Cypress-Mauriceville’s Jonee Villanueva (Left) and Christian Weatherly both signed to continue their athletic prowess at the collegiate level.

Villanueva, will play softball at Coastal Bend College in Beeville, Texas after a superb run at LC-M. Her sister Angel Villanueva played at Galveston Junior College and is currently playing at Incarnate Word in the SLC. Weatherly, a standout in both basketball and track, will participate in track at Lamar University. Weatherly was the District 22-4A champion in both the triple jump and the high jump and qualified for the State Track Meet in the triple jump.