Cardinals to face Hawks in series at Lamar 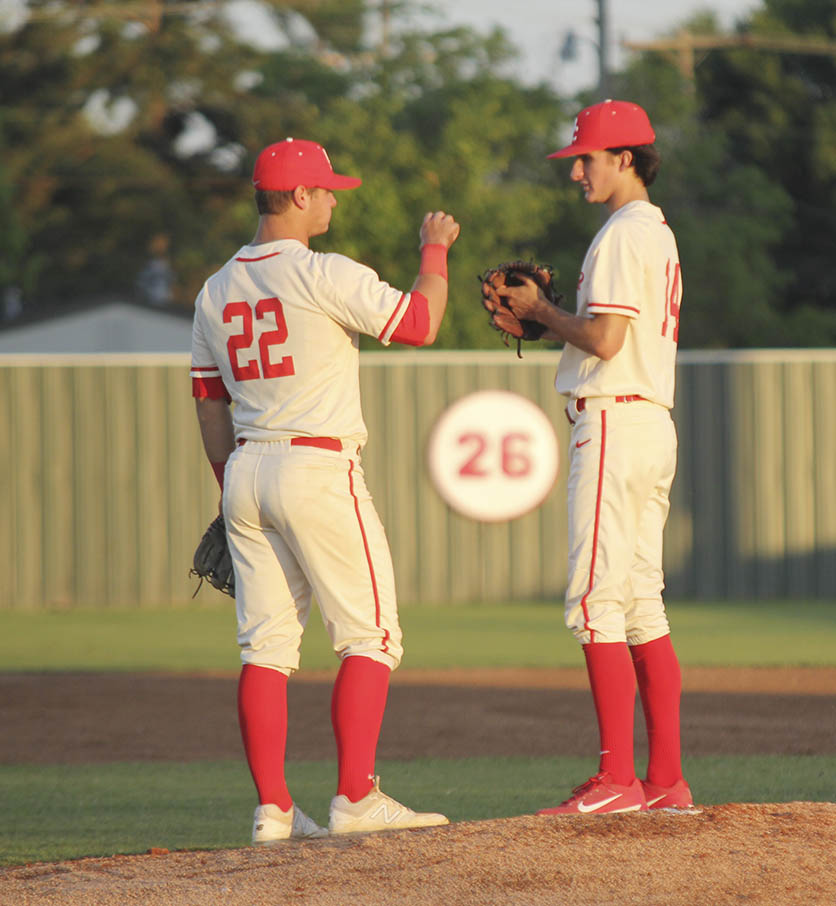 Leader Photo by Van Wade Bridge City's Logan Hamm (22) and Caleb DuBois talk strategy on the mound during 22-4A action against Orangefield.

The Bridge City Cardinals have moved on to the Class 4A Region III Area Round of the baseball playoffs this week after cruising to a sweep in the bidistrict round.

Meanwhile, the Hawks dispatched Houston Washington 12-0 in the bidistrict round.

The Hawks and Cardinals met once earlier this season with Bridge City claiming a 4-0 non-district win at Cardinal Field very early in the season.

The winner of the Bridge City-H-J series will take on either Jasper or Tarkington in the regional quarterfinals.