Creator of memorial is keynote speaker for tribute to OC veterans 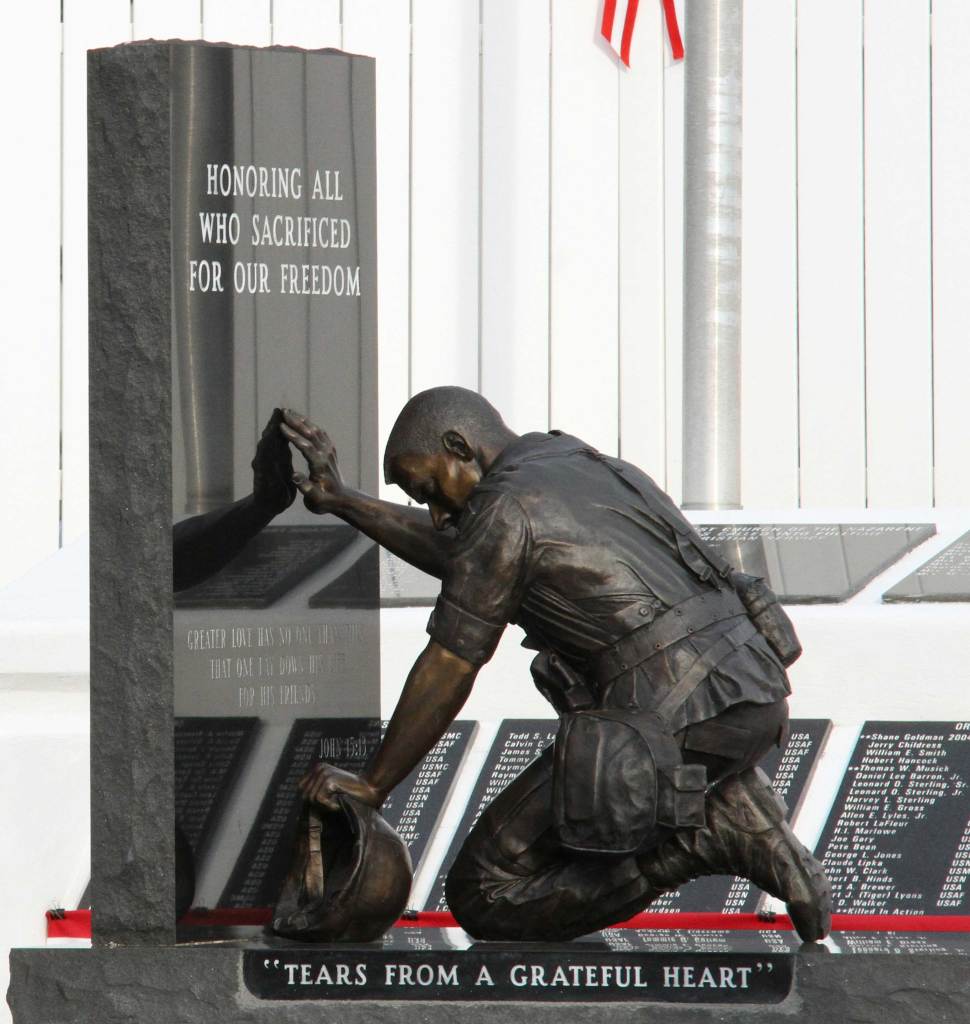 Dawn Burleigh/The Orange Leader ‘Tears From a Grateful Heart’ is erected in the center of the Heritage Veterans Memorial Plaza located at 3810 M. L. King Drive in Orange. A tribute to Orange County veterans will be held at 6:30 p.m. on Sunday, May 27 and feature the creator of the bronze sculpture.

An annual tribute to Orange County Veterans will feature speak Scott Stearman this year at 6:30 p.m. on Sunday, May 27 at Heritage Veterans Memorial Plaza located at 3810 M. L. King Drive in Orange.

Stearman is the creator of the ‘Tears From a Grateful Heart’ sculpture, the centerpiece of the memorial.

Stearman is well-known as a sculptor and communicator. He was recently recognized as a finalist for the John Maxwell Leadership Award. His commissioned Military monuments and Faith sculptures are found at universities and in communities across America.

He has served as the video director for concerts by Charlie Daniels, Ricky Skaggs, Glenn Campbell, Sean Hannity, Michael W. Smith, and the Gaither Homecoming Tour, according to a press release.

Working in television and film since the 1970s and as a professional sculptor since 1985, Stearman approaches his work with an artist’s eye and a sensitive heart; always looking for the truth of the story that many times lies beneath the surface of the obvious.

““I endeavor to create sculpture that connects with the hearts of people and reflects back to them the beauty and dignity of their life, their faith, their mission, and their sacrifice,” Stearman said. “Bronze sculpture outlives us all, telling its story, speaking its truth, ‘tirelessly asking the future to pause and remember.’ ”

The plaza also features the bell from the USS Dyson, which was donated by Orange-native Eugene Goudeau, who served aboard the USS Dyson (DD-572) in World War II from December 1942 until December 1945. The USS Dyson, a Fletcher-class destroyer, was built at Consolidated Steel in Orange.

The event has become a highly attended program in the Orange community as scores of people turn out to remember those who died in defense of their country, as well as participate in the patriotic tribute to all veterans and those who are currently serving in the United States Armed Forces.

To place a veteran’s name in granite the cost is $40. Memorial messages may be added to bricks for $100. For more information contact Mike Bell at (409) 460-3567 or michael.jay.bell@gmail.com