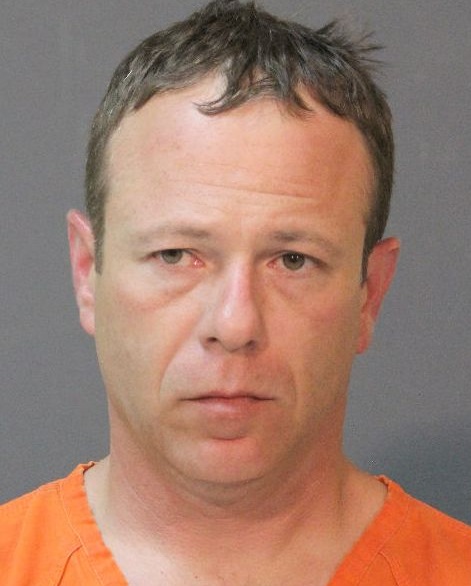 Lake Charles –  On Saturday, April 28 around 8:00 p.m. the Calcasieu Parish Sheriff’s Office received a complaint of a disturbance at a home.  When deputies arrived they learned Deputy Tim Vezinat, 39, Lake Charles, and his pregnant wife got into a verbal altercation.  The altercation turned physical when Vezinat pulled her out of the bed of the truck and struck her several times on the head, body and arm.

After further investigation deputies viewed video surveillance from the home which confirmed the victim’s account of the incident.

Vezinat was a supervisor in the maintenance department for 17 years before being terminated by Sheriff Tony Mancuso yesterday.

“I have reviewed the entire surveillance video and I am appalled that any man, particularly an employee of this office, would physically harm a woman, much less his pregnant wife,” says Sheriff Mancuso.  “Thankfully this one person does not represent the character and integrity of the men and women of this department.”

CPSO Barrett Savoie is the arresting deputy on this case and Detective Sharon Clarke is the lead investigator.