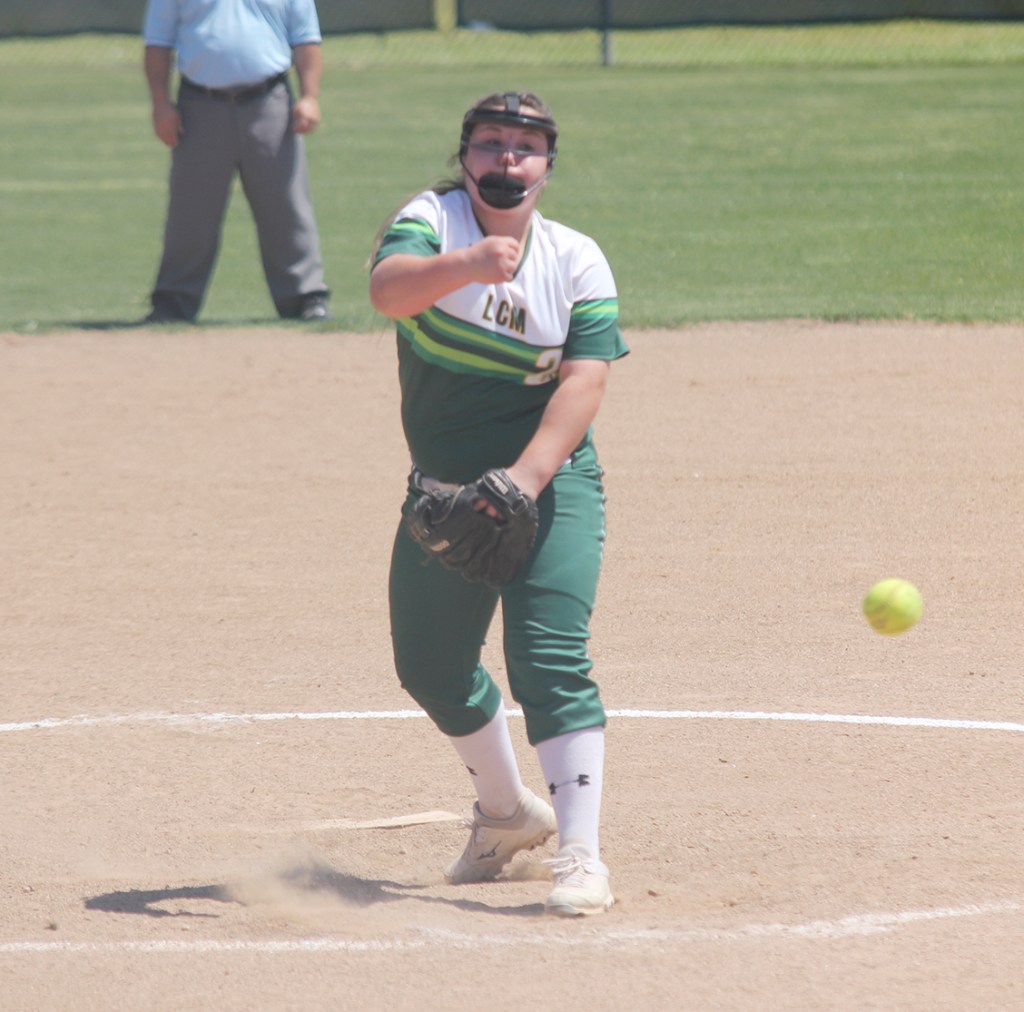 SILSBEE — Getting all they could handle from the Huntington Devilettes, the Little Cypress-Mauriceville Lady Bears persevered as they rallied for four runs with two outs in the bottom of the sixth inning to notch a 5-4 victory in Game Two of their Class 4A Region III bidistrict series to move on to the area round next week.

The Lady Bears (25-4) captured Game One 5-2 Thursday but saw the Lady Devilettes race out to a 4-0 lead on Saturday at Silsbee High School.

Trailing 4-1 going into the bottom of the sixth, the Lady Bears were able to get to Huntington freshman reliever Kaitlin Jinkins, who was the starter on Thursday.

Brianna Frenzel had a leadoff single to shallow centerfield and Joanna Henry drew a walk. With two outs, Olivia Leavings singled to left to load the bases.

Pinch-runner Karson Friar scored on a wild pitch to trim it to 4-2. Ally White walked to load the bases to set up Toomey’s game-winning antics as she took a Jinkins offering and planted it to center.

Huntington had 11 hits while the Lady Bears had just five.

Freshman Casey Whitley started for the Devilettes, pitching the first two innings before leaving with a ankle injury. She allowed a hit and struck out one. Jinkins tossed the final four frames, allowing four hits while walking four and fanning two.

Hunting shortstop Shelby Wagner was certainly a thorn in the Lady Bears’ side as she blasted two two-run home runs, one in the second and the other in the third to stake Huntington a 4-0 cushion.

The Lady Bears would intentionally walk Wagner in her last two at-bats.

The Lady Bears scratched in a run in the bottom of the third.

Leavings reached after getting tagged by a Jinkins’ pitch. Megan Peveto reached after a fielder’s, forcing the out at second. Toomey drew a walk and with two outs Bailey Frenzel hit a high popup that was dropped at first base as Peveto raced in to score.

Bailey Frenzel had a single in the bottom of the first and Morgan Weaver crushed a two-out double to right-center but was left stranded for the Lady Bears.

Jinkins and Amber Kirkland each had two hits for the Devilettes.