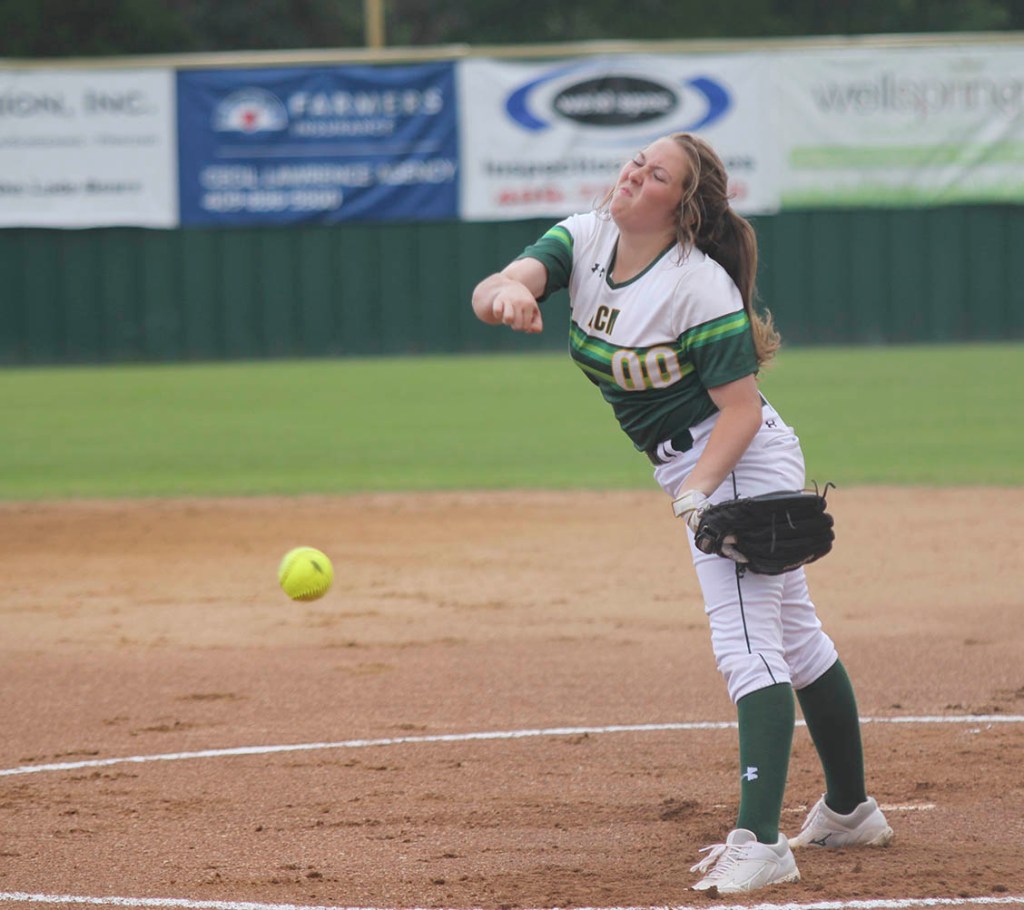 The Lady Bears (19-3, 4-2), who managed just one hit in a pair of 2-0 losses to first-place Bridge City last week, found the lumber against Orangefield as they collected 10 hits on the day.

Meanwhile, Frenzel was on a tear on the mound, allowing one hit while fanning nine and walking one as the Lady Bobcats (19-7-1, 3-3) struggled from the plate throughout the game.

The Lady Bears snagged a run in the bottom of the second frame.

Megan Peveto roped a two-out single up the middle off Orangefield starter Kaylee Ancelot and JoAnna Henry drew a walk. Both runners advanced on a passed ball and Olivia Leavings was able to plate Peveto with a RBI single to left.

LC-M tacked on two runs in the bottom of the fourth.

Jonee Villanueva reached on a error and Peveto drew a walk. Henry promptly plated Villanueva when she belted a double off the top of the leftfield wall.

Codie Sorge then replaced Ancelot on the Orangefield hill.

Leavings reached by getting hit by a Sorge pitch and Peveto scored again when the Lady Bobcats misfielded a ball hit by Madison Murdock.

Frenzel took a Sorge offering to leadoff the bottom of the fifth and buried it over the centerfield fence for a solo home run blast to make it 4-0.

Bailey Frenzel and Henry both singled later in the inning but were left stranded.

Orangefield second baseman Karlye Bramblett got the Lady Bobcats’ lone hit of the game, ripping a two-out single up the middle in the sixth.

The Lady Bears pushed across three more runs in the bottom of the sixth.

Morgan Weaver completed the scoring by scoring White with a hard single up the middle.

Sorge worked 2 2/3 innings for Orangefield, allowing six hits while striking out three and walking one.

The two teams will go home and re-boot and will face each other again Friday when the Lady Bobcats welcome in the Lady Bears.