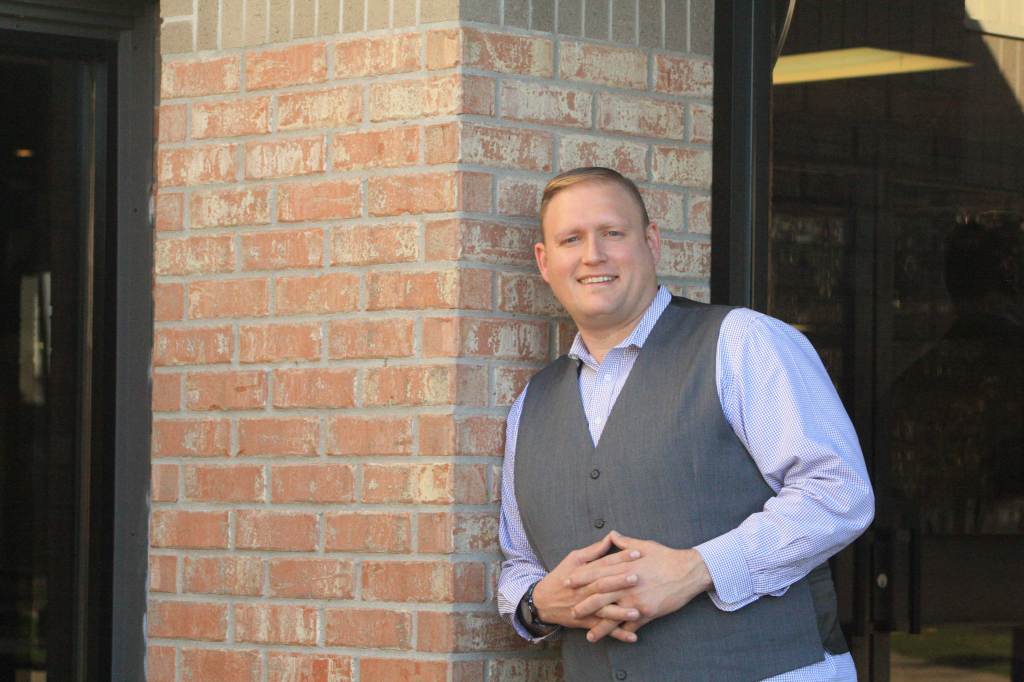 (Editor’s note: This is part two of a three part series)

Everyone remembers when chat rooms were all the rage. The idea of being able to talk to people without the use of a telephone was incredible, especially talking to people in different parts of the city, country or the world!

Pastor Chris Lewis and his wife, Pastor Jessica Lewis, met in one of those chat rooms. Chris was working a graveyard shift while pastoring youth all week. He would frequent a chat room where other youth pastors would come to exchange advice, ideas and compare notes. Jessica was a youth pastor at her dad’s church and began talking to Chris in the chat room, which progressed into lengthy phone conversations. They talked for hours on the phone long before they met in person.

Chris said, “I’ve never longed for a conversation with somebody in my life other than with her.”

Chris said he knew she was the one for him.

“I fell in love with her spirit,” he said. “She is the most godly woman I’ve ever met.”

Chris said about marriage, “It’s the most rewarding, awesome, and difficult thing at the same time. Even though you both love the lord, the person is their own person. Communication is key. Communication is vital.”

Jessica helps him be a better man, husband, father and minister in every way, according to Chris. He said Jessica shows him the utmost respect.

He said, “In public, she will never criticize me or put me down. I think that’s one of the most detrimental things you can do is not put your spouse down in front of people. She will always speak in high regard of me

Chris said, “Sometimes I think my wife doesn’t need me. I know she does, but she’s such a good leader herself. A go-getter. She’s very confident and secure in herself. She lets me know she needs me, which I appreciate. She lets me lead. It brings honor to me.”

He went on to say about Jessica, “She soothes me. When I’m upset, there’s nobody I’d rather talk to than my wife. She helps me put things into perspective.”

Chris said he has learned to be optimistic from Jessica.

“I’m probably more pessimistic and she’s more optimistic on a natural scale of things. To her it seems to just come naturally and I’m a little jealous of that,” he said.

Unlike his wife, he needs to work at being optimistic.

“I’ve learned to look at the glass half full instead of half empty with her,” Chris said. “I guess the best word that best describes my wife is an encourager. She is steady. She’s my Georgia peach.”

Chris and Jessica have three beautiful children. Justice, their handsome oldest son, is 11 years old. He’s more sports-minded, tender-hearted and has taught Chris to be observant. Where Ashlyn, their beautiful 10-year-old daughter is strong-willed, knows more scripture than he does and has taught him not to be afraid.

He laughed and said patience is the biggest lesson he’s learned from his children. He’s not the most patient person, although he tries not to show it on the outside. Chris claims to be part of the Burger King generation. He wants it his way and right now.

Chris said he gained and understanding of child-like faith when he had children. He said, “I think it’s hard to have child-like faith unless you have kids or are around children, because they take everything you say as if it was coming out of the mouth of God himself.” Chris said, “They say, ‘Dad you said we were going to get ice cream.’, but what I really meant was we’d get ice cream if everything worked out to where we could.” He chuckled and acknowledged he then gets ice cream.

He goes on to say, “We need to get to a point where we believe what God says.”

Chris believes people don’t believe what God said, because people have been hurt so much by life and other people.

He said, “God doesn’t operate the way people do.”

Occasionally Chris and Jessica enjoy a dinner out together, but they usually just relax. However, Chris learned a vital lesson from his wife.

He said, “I can’t allow my wife to pick the movies without me being in the room. On multiple occasions she has picked the movie and it has been horrible!”

Spending time with their children is paramount to them. Favorite family activities include playing board games, going fishing or playing out in the yard.

Chris said, “We like to be together. It could be something as simple as cooking a meal, snuggling up on the couch…”

They invite everyone to come be a part of their Community Church family on Sunday mornings where everyone is welcomed with loving arms and a smile. They promise. No tickling!