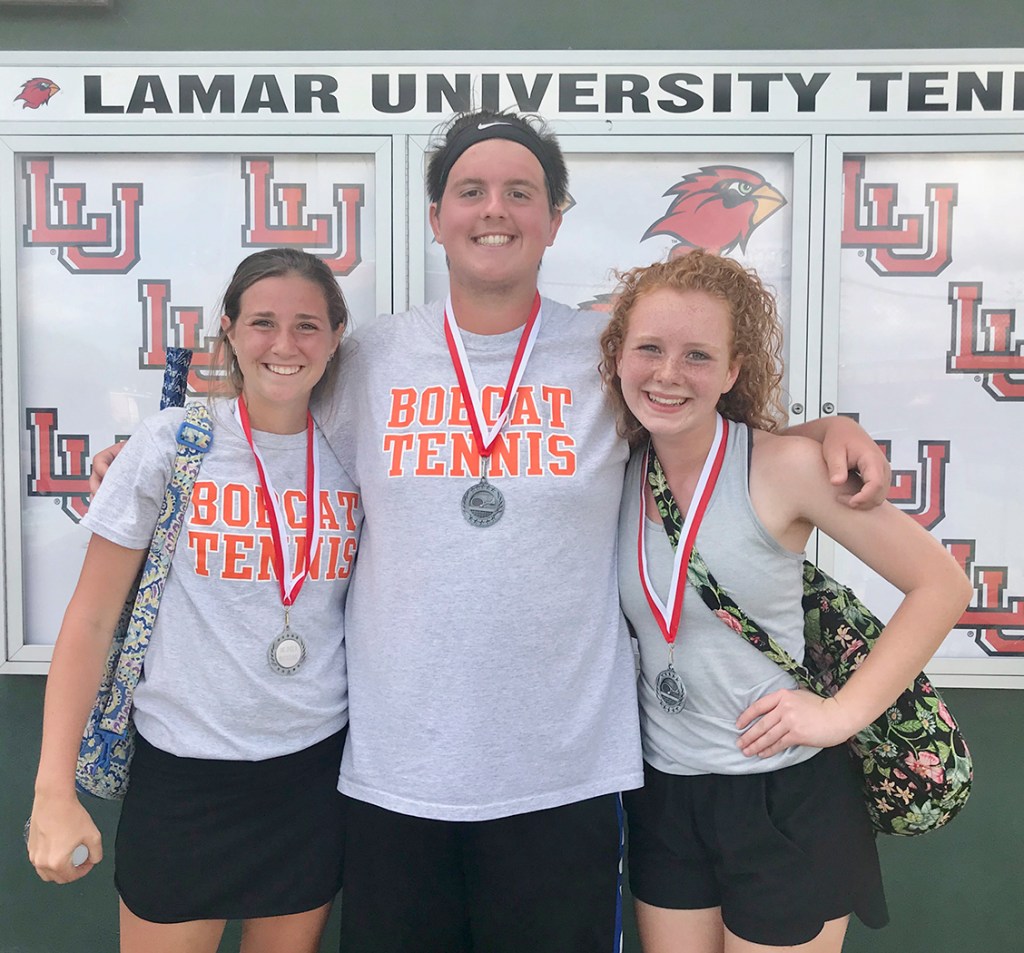 Courtesy Photo The Orangefield Tennis team competed well in their last tournament as they await district later this week.

The Orangefield Bobcats participated in the final tennis tournament before district on Friday. Girls’ Doubles took home the silver after losing a close match to Woodville in the finals. Taylor Decker and Megan Ibeck defeated Sabine Pass, Bridge City and Kountze before falling to Woodville in a 7-9 loss in the championship game.

Michael Arsenault also took second in the Boys’ Singles. Arsenault had wins over Warren, Hamshire Fannett and Hardin Jefferson before a loss to Memorial in the final match of the day.

This tournament, The Sheila McInnis Invitational wrapped up predistrict play for the Bobcats. District will be held March 28th and 29th at the Beaumont Tennis Center on College Street.