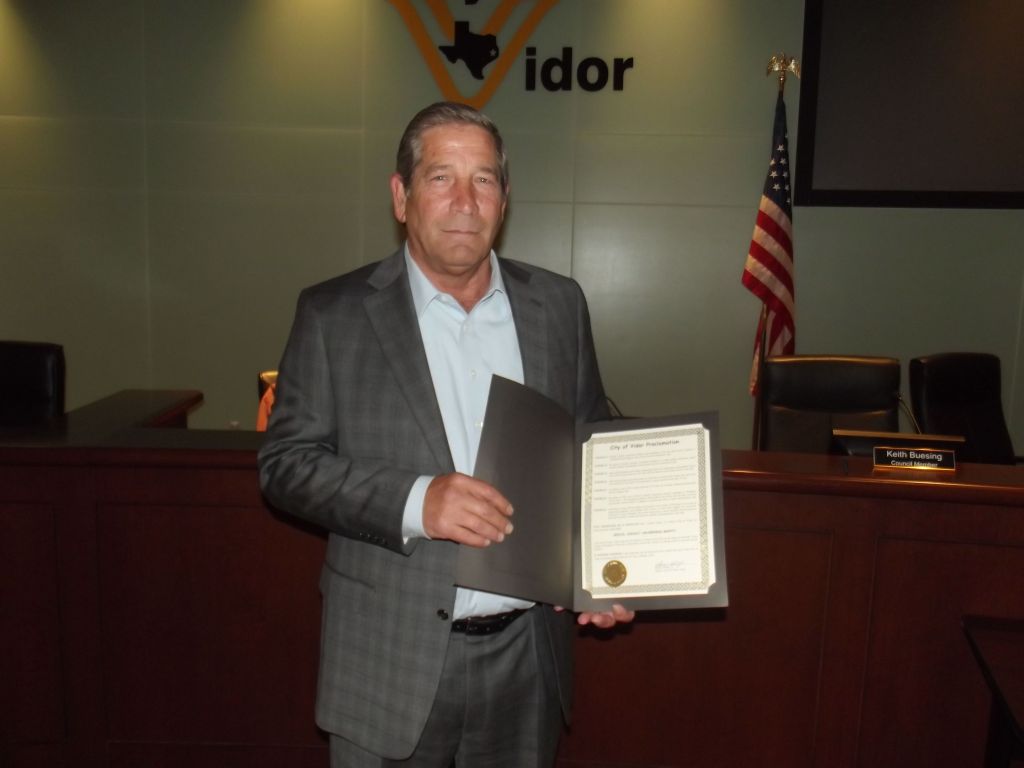 VIDOR — Vidor Mayor Robert Viator Jr. proclaimed April 2018 as Sexual Assault Awareness Month, on Thursday, to call attention to the fact that sexual violence is widespread and impacts every person in the community.

The proclamation says “individuals, along with the Rape and Suicide Crisis Center of Southeast Texas and its partnering agencies, can embrace their voices to show their support for survivors, stand up to victim blaming, shut down rape jokes, correct harmful misconceptions, promote everyday consent, and practice healthy communication with kids.”

In other business City Manager Mike Kunst presented the council with a list of projects the city is preparing to file letters of intent for Federal grant money; projects such as acquisition of flood repetitive properties, generators for Vidor ISD transportation barns and other locations, drainage projects, and road and culvert damage repair.

“Acquisitions are a bad idea,” Herrera remarked. “We buy them out, lose the tax revenue from the homeowner, and then the property owner can simply move out of town.”

“There’s no benefit to the city,” Herrera said. “If we buy them out, they should have to stay in the city and pay taxes.”

Viator said, “Hopefully the efforts the city is doing now to mitigate future flooding will reduce the need for further buy outs.”

The proposed project list is “fluid” and projects costs are all “approximate” according to Kunst.

Projects that make the final list will be presented to the city council for approval. Total cost for all projects currently listed equal $5.8 million dollars.

Federal grant money will absorb approximately seventy-five percent while the city of Vidor would be responsible for the remaining one million dollars for projection completion.

Viator assured council members the city has the necessary funds to meet its obligations outlined in the proposed project list.