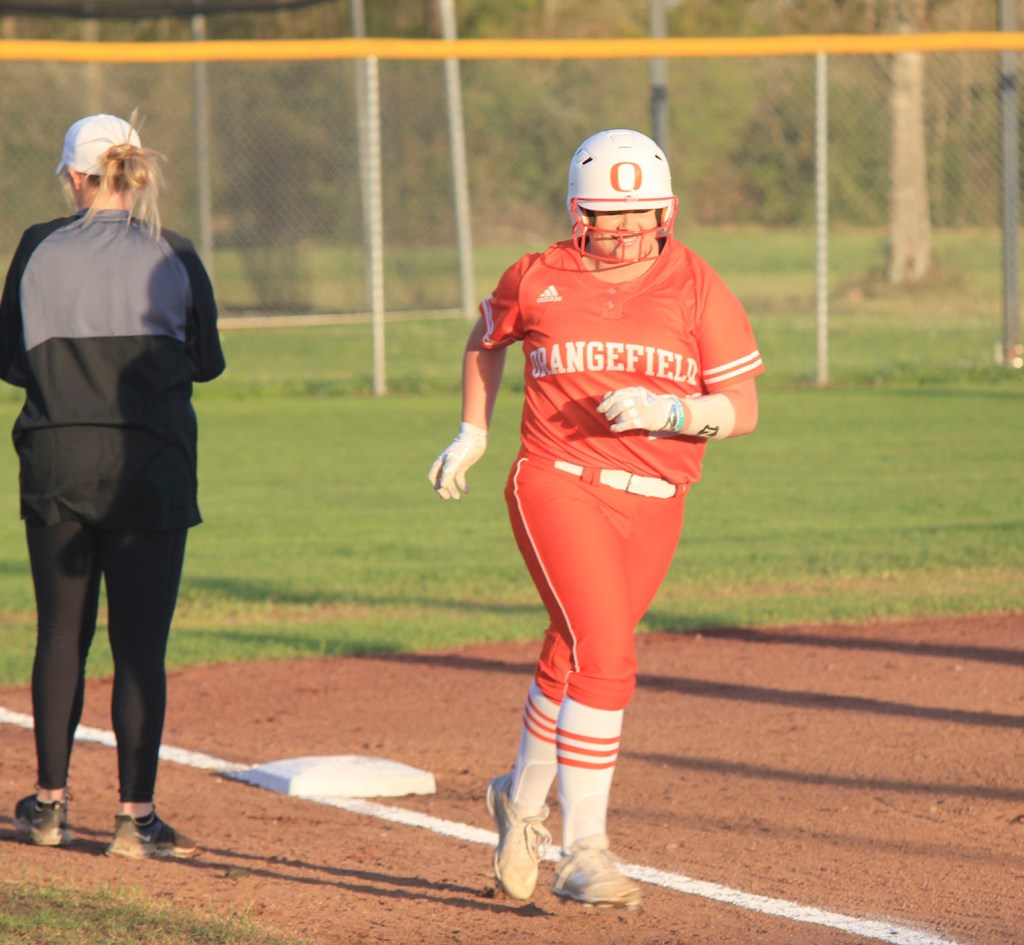 ORANGEFIELD – Receiving a stellar effort on the mound by freshman Codie Sorge and getting all the runs they needed in the first inning, the Orangefield Lady Bobcats downed the Evadale Lady Rebels 2-0 in non-district softball action at Lady Bobcat Field Tuesday night.

Senior standout Kaylee Ancelot struck out the side in relief in the seventh inning to nab the save and helped preserve the victory.

It was Ancelot that provided what was the game-winning run way back in the bottom of the first inning when she took a two-out offering from Evadale pitcher Savanna Wilson and planted it over the leftfield fence for a solo home run bomb.

The Bobcats added another run in the inning as Tiffany Ciacaglione drew a walk and went to second on a passed ball and Kinley Gipson took a Wilson pitch and belted it into leftfield for a RBI single.

The Lady Rebels, ranked No. 19 in the state in the Class 2A ranks, could not get it going against Sorge as she was able to produce a ton of ground ball outs.

Wilson had a hard single up the middle to lead the game off but was left stranded.

The Lady Bobcats left two runners on in the bottom of the second.

Alyssa Dodd had a leadoff single over first base and went to second off a Autumn Frost sacrifice bunt. Kristin Broussard had a two-out infield single but Wilson got out of the inning.

Evadale left two on in the top of the third after Shelby Hobbs had a leadoff walk and Rachel Leach reached on an infield single but Sorge got out it with a fielder’s choice out, a flyout and a strikeout.

Hobbs had a one-out single for Evadale in the top of the fifth and was bunted over by Leach but Sorge ended the threat by getting Wilson to ground out.

Evadale’s Kenzi Nolan had a one-out double to right in the sixth but Sorge got Bree Marshall to ground out and then struck out Tyler Hoover.

Kerrigan Christian drew a leadoff walk from Sorge in the top of the seventh and Ancelot came in to mow down the next three Lady Rebels.

Wilson worked all six innings for the Lady Rebels, scattering five hits while striking out six and walking three.

The Lady Bobcats will return to action next Monday when they pay Jasper a visit. They host Beaumont Kelly Mar. 13 and will start District 22-4A play Mar. 16 at Bridge City.