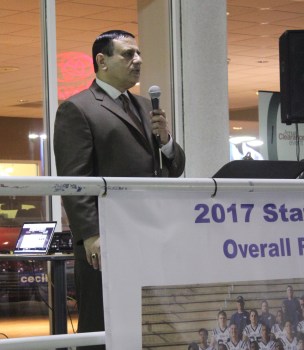 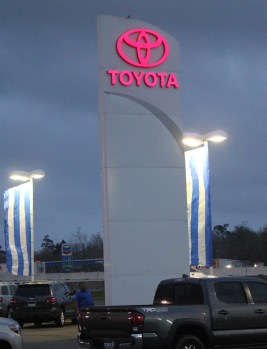 General Manger Shahin Salehoun and the staff of Cecil Atkission Toyota in Orange paid tribute to the West Orange-Stark Mustangs Wednesday night at their Toyota dealership located at 2500 IH-10 West.

Salehoun joined Coach Cornel Thompson and other members of the community, acknowledging the recent success of the Mustang marching band and football team who have distinguished themselves among their peers in recent competition.