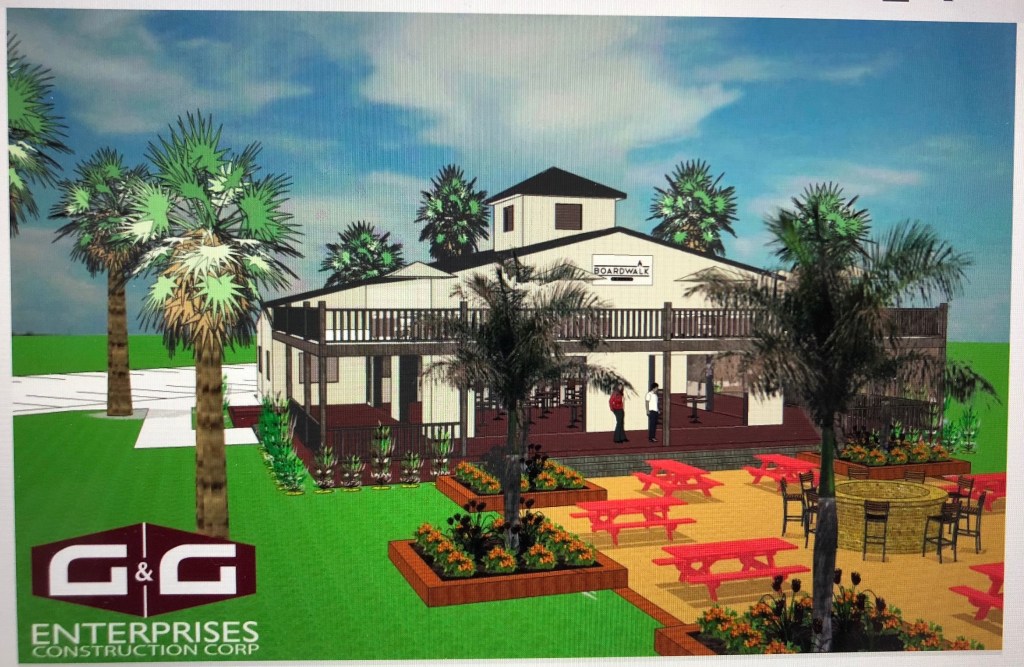 The City of Orange Economic Development Corporation (EDC) passed a Motion of Intent to expend funds not to exceed $200,000 for infrastructure improvements at the new Boardwalk Grille at the Riverfront Boardwalk near 5th Street and Division Avenue.

Owner, Jake LeMoine will open a 3,000 square foot restaurant with a 2,000 square foot outdoor patio area, and construction is scheduled to begin by September and the project should be completed within six to eight months.

G&G Enterprises has been selected as the general contractor by LeMoine.

Orange City EDC owns the land and will execute a 25-year ground lease at $100 each year as an additional economic development incentive.

There is a consideration for an option to buy after 10 years.

The $200,000 incentive will be in the form of a reimbursement once the work is completed and inspected by city building officials.

Orange City Council passed a Motion in support of the Motion of Intent by the EDC.

Capital investment is projected at $850,000 with 15 full time jobs and up to 25 part time jobs. Annual sales for the restaurant is estimated in the $2.5 million range.

“The City of Orange would like to thank Mr. Jake LeMoine for his commitment to bring this new project to the Riverfront Boardwalk in downtown Orange. This project will have a positive impact with sales tax revenue and addressing market leakage outside the City of Orange and Orange County. A special thanks to Mr. Tad McKee and the Stark Foundation for its support of this project as the City and the Foundation worked through a deed restriction that was part of the land tract, which was originally owned by the Foundation,”  Jay Trahan, City EDC Director, said.

The Boardwalk Grille will open at its temporary location at 109 5th Street, Tuesday, March 6 and a Ribbon Cutting is scheduled for 4 p.m. on Tuesday, March 13.