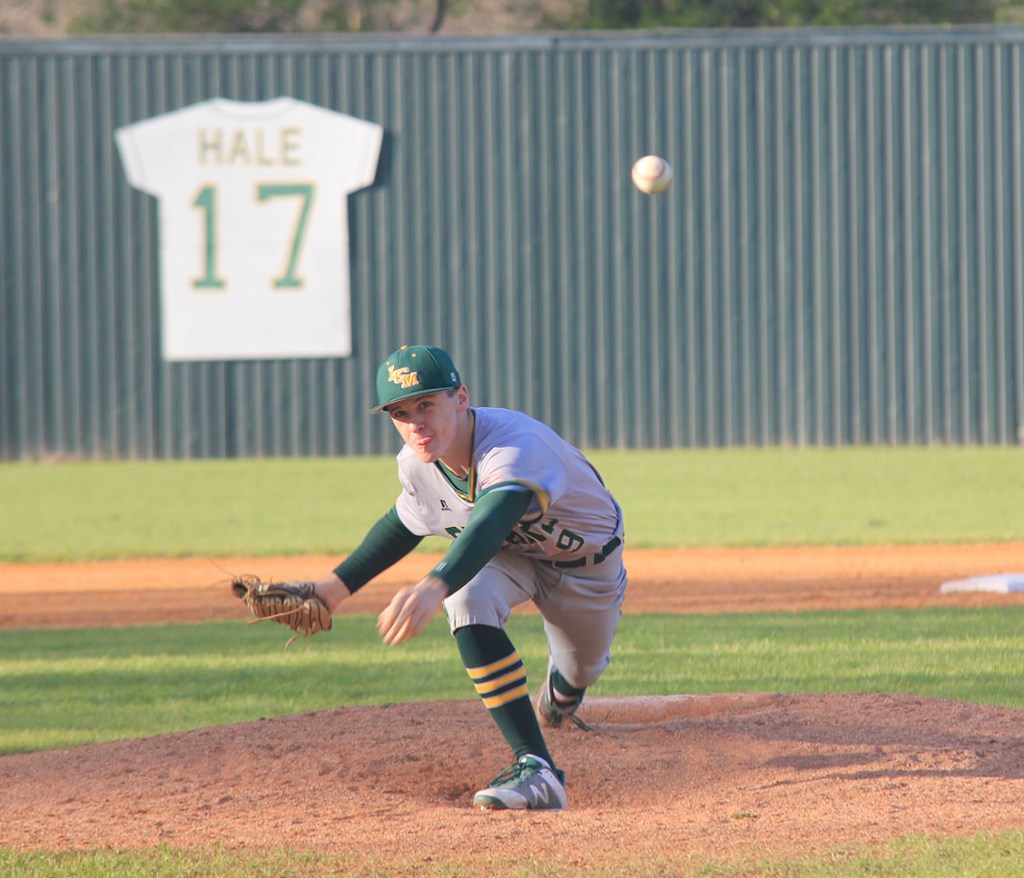 LITTLE CYPRESS —On Friday the Little Cypress-Mauriceville Bears squeezed past Elysian Fields 2-1, in a game where the winning team had no hits, in day two of the Gibbens Tournament in LCM.

Anthony Bandiero got the win on a five and 1/3 inning performance with seven strikeouts, allowing three hits, and three walks on the night. He was a big reason early the Bears could hold a small lead for so long. Bandiero got out of a few situations with runners in scoring position, but was able to find his way out.

The Bears found runs early with a walk from the leadoff batter, Jordan Alexander, and sac bunts from Reid Saperstein and Truman Franklin. In the early stages of the game, runs and hits were hard to come by. Both pitchers came out the gates strong and racking up the strikeouts on both sides.

In the bottom of the third the Bears repeated what worked before, and sac bunt in another run in Alexander, and the bunt from Saperstein again. The Bears went up 2-0, but still looking for an actual hit while Elysian Fields had had two at that point, but stranded both runners.

Elysian Fields would find their only run in the top of the fifth. After Kyle Story led off with a single, a single from Logan Busby and sac bunt from from Cameron Richmond, put him on third. After a wild pitch Story was able to hustle home for the run. They cut the lead to 2-1 with just two at bats left.

The one-run lead would be enough in the end as the Bears pitching staff was able to hang on to the win. Taylor Gilbert was credited for the save, as he came in with bases loaded up one run. He was able to pick off a runner at second to end the game.