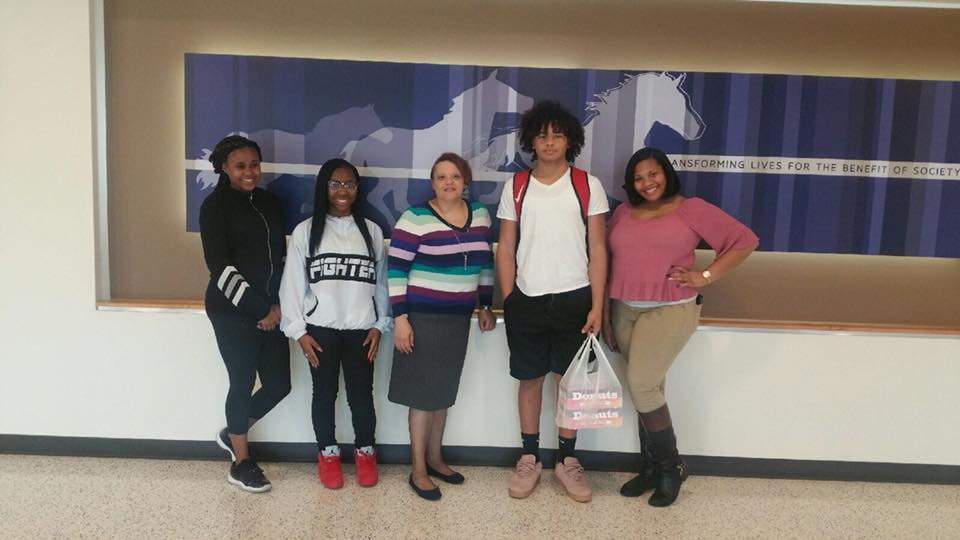 Changing the way others view teenagers is one purpose of the newly formed Teens Do Make Difference group. The organization also wants to provide activities for others in their age group.

“The whole purpose for starting this group is to show the community that there are kids in the community that has potential, to give back in any way possible, and to draw more teens to Christ,” Nia Lewis, 14, said. “We believe that “We will never influence the world by being just like it. We must set ourselves apart by rising above, giving generously, serving our communities, and loving unconditionally!” Our main pursuit is to allow our peers to have a unique perspective on life, and to show everyone it doesn’t matter about outward appearances, race, gender, or age. Together WE CAN DO REMARKABLE THINGS. Please support!”

Lewis, already actively involved with other extracurricular activities, understands the need for assistance in order to make the group a success.

“We have a committee which helps me with advice,” Lewis said. “I will bring an idea to the committee first and then to the members to vote on.”

Lewis is President of Top Teens of America, Student Council President, and on the National Junior Honor Society.

She contributes the success of the group to the aid of her teacher, Ms. Mosley and her mother, Paula Henson, for their support as she assembled the affiliation.

“Ms. Mosley suggested I get a group of five people to join,” Lewis said. “We have grown to approximately 20 people now.”

Since forming, they have delivered donuts to the administration building and wrote thank you notes for the West Orange Cove Consolidated Independent School District Superintendent Rickie Harris.

“We plan to give back every week,” Lewis said. “We also did arts and crafts with the Life Skill students so they could see new faces.”

The largest event to date, is a Spring Break Party for teens. The event is scheduled for 6 p.m. – 10 p.m. on Saturday, March 10, at the Masonic Temple located at 1017 North Mill Street in Orange. Advance tickets are $3 and tickets after 7 p.m. on the date of the event are $5 at the door.

“The event is to give teens something positive to do for Sprint Break,” Lewis said.