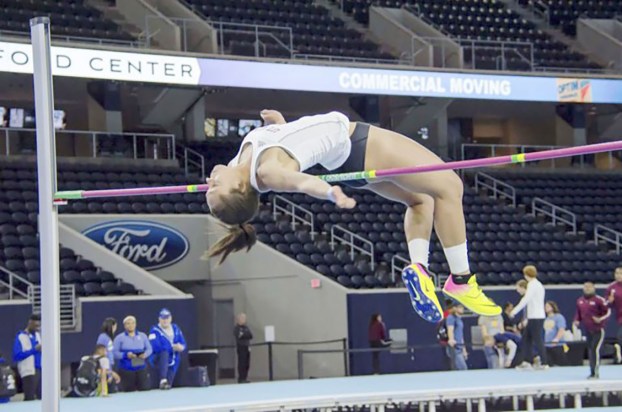 Henry, the indoor school record holder and former Bridge City Lady Cardinal standout, cleared 1.77m (5-9 ¾). It was the strongest performance of the day for UTA, which competed against a tough opening-meet field that included powerhouse programs Texas A&M and Clemson.

“I saw enough today to be encouraged, and yet we have a lot of work to do as well,” UTA coach John Sauerhage said. “We are glad to have a meet under our belts, and we will get right back to work.”

A pair of Maverick women placed among the top eight in the long jump, courtesy of strong efforts by Juleen Lewis (5th, 18-7) and Chante Matthews (7th, 18-1¾).

On the track, freshman Madeleine Rowe placed seventh in the women’s mile (5:07.02), the first running final of the day.

The men also had strong showings in the jumps. Joshua Canete (5th) and Branden Perry(7th) placed among the top 8 in the high jump. Both men had best clearances of 2.03m (6-8).

Three Mavericks placed third through fifth in the men’s mile. Michael Guerrero crossed first among the trio in 4:14.67, just ahead of Joel Duren (4:14.86) and Justin Domangue (4:15.93). Brady Steele continued the success in the distance events, corralling fifth place in the 3000 meters with a clocking of 8:27.64.

Finally, Petter Gustafsson took fifth in the 60m hurdles (8.17), while Demarviae Gray finished sixth in the 200 meters with a time of 21.93.

The Mavericks will return to action Jan. 26-27 at the Texas Tech Invitational in Lubbock.

LITTLE CYPRESS — Getting off on the right foot to start District 22-4A play, the Little Cypress-Mauriceville Bears fended off... read more