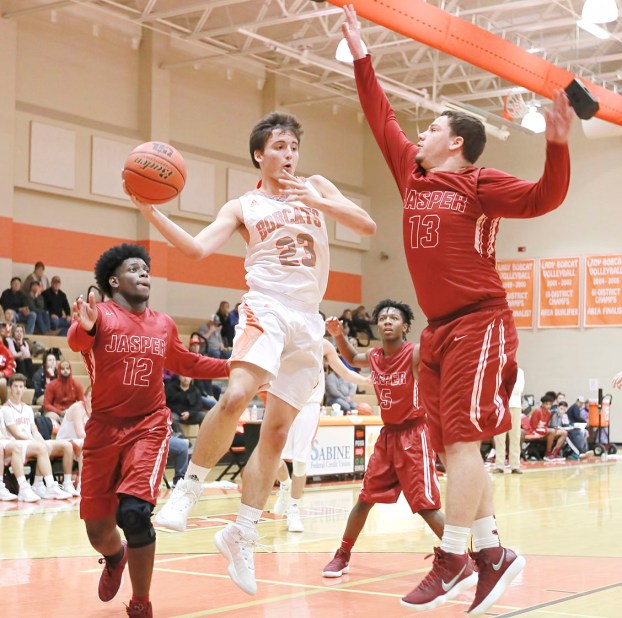 The District 22-4A boys basketball race will crank up with full force Friday night as all four Orange County teams will look to battle for playoff positioning.

There is no doubt that defending Class 4A state champion Silsbee will be the odds-on favorite to capture the 22-4A crown but our locals will look to do their best against the powerful Tigers.

Last season, the Tigers captured the district title while Little Cypress-Mauriceville was second, Bridge City third and West Orange-Stark fourth as the teams battled down the stretch.

The 2018 campaign should be no different.

LC-M (14-10) will be looking for another 20-victory season and are definitely senior-oriented, led by the likes of senior post Katon Brown, along with hot-shooting guard Braden Bridges.

The Bears also have plenty of depth with the likes of Cole Frost at one guard and Christian Weatherly roaming inside the paint. Both Brown and Weatherly have produced numerous double-double in the non-district portion of the schedule.

The Orangefield Bobcats (13-9) have improved tremendously under the first-year leadership of coach Jake McDonald.

The Bobcats have been a patient unit and have worked the ball around very well in frustrating opposing defenses.

Alex Catt has had a solid game inside and out for the Bobcats in the early going. Guard Aven Lathrop has proved his might with a tremendous outside touch. Guard Zach Dischler, along with Ryan Deutsch, have both filled up the stat sheet on both sides of the ball.

WO-S (8-10) has played well in the early going, despite missing players from the football team that advanced to the 4A Division II State Championship Game for the fourth straight year.

The Mustangs closed their non-district schedule strong last Friday by going on the road and swatting Cleveland 77-69.

Mustang post player Terron Brown has been a beast throughout the non-district portion of the schedule in averaging close to 20 points a game. He had 24 points and four blocks against Cleveland. Jervondric Simmons has also added a nice scoring punch as the duo has been a nice 1-2 combination.

Bridge City (7-11) will look to punch in a playoff ticket for the second straight season.

Silsbee (12-8) definitely has a deceiving record as the Tigers have played “up” in their non-district slate. The Tigers have played a slew of highly ranked Class 6A and 5A schools, playing in tournaments such as the South San Antonio ISD Tournament, the Cy Hoops Invitational and the Dallas ISD Coca Cola Classic, which should definitely prepare them for 22-4A play.

Meanwhile, the Hamshire-Fannett Longhorns (0-10) have had a tough campaign thus far as they have yet to win a game as they look to surprise their 22-4A counterparts with some “upset specials.”

Friday night’s openers will pit Bridge City at LC-M, Orangefield at Silsbee and WO-S at Hamshire-Fannett.

Games next Tuesday will be WO-S at Bridge City, LC-M at Orangefield and Silsbee taking on Hamshire-Fannett.