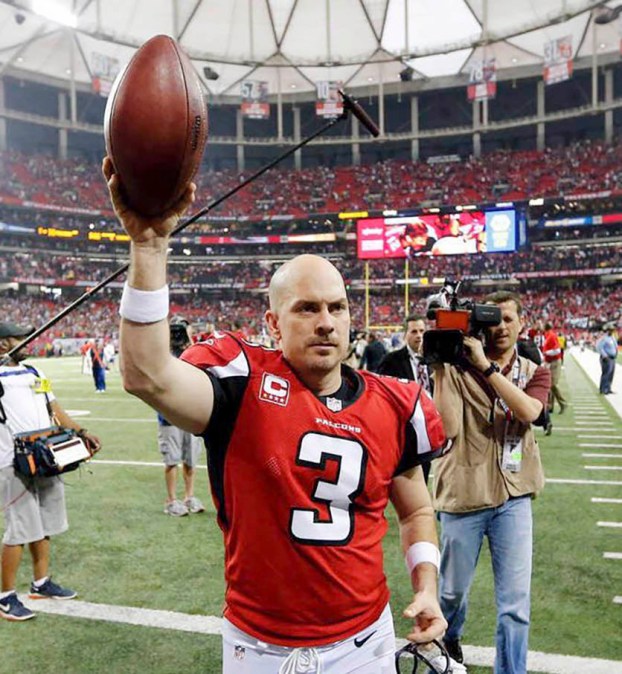 Atlanta Falcons kicker Matt Bryant was recently named NFC Special Teams Player of the Week for his performance in the team’s 22-10 Week 17 win over the Panthers.

Bryant, a former Bridge City standout made all five of his field goal attempts on the afternoon, including a 56-yarder that gave Atlanta a 19-10 lead midway through the fourth quarter and provided the Falcons with a two-possession lead.

“It was a big kick at that time in the game. It put us up by nine,” Bryant said after the win. “I hit a good ball, I hit it strong enough where I knew it had the distance. I hit a little bit too high on the ball, which gave it a weird ball flight but it went through and that’s all that matters.”

It was Bryant’s eighth field goal of 50-plus yards this season, which set a new career high for the 42-year-old kicker. Bryant has been among the most consistent kickers in Falcons history, and he came through yet again on Sunday to help Atlanta clinch a spot in the playoffs for the second straight season.

“He’s such a competitor, and we really rely and count on him,” Falcons head coach Dan Quinn said of Bryant. “The reason we have so much trust is because everybody sees the way he prepares, they see the way he trains, and he delivers. So we’ve got all the faith and confidence when those windows open up within his wheelhouse, we’re going to give him every opportunity because that’s a part of his game that is not too big. He’s ready to always attack and play. Part of being a really successful kicker is having mental toughness, and he’s got that in abundance.”

This season, Bryant has connected on 34 of his 39 field goal attempts. Bryant scored 137 points this season, which ranked him eighth in total points in the league.

Bryant and the Falcons will visit the Los Angeles Rams in a NFC Wildcard playoff game Saturday at 7:15 p.m. on NBC.

What a high school football campaign in was in 2017. When Orange County football teams look back upon the season,... read more