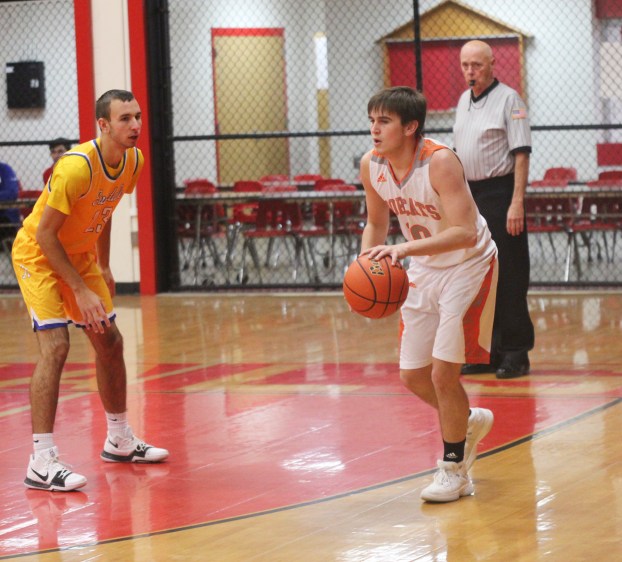 The Bobcats toppled the Evadale Rebels 56-47 in their first game of the day while the Cardinals trounced the Anahuac Panthers 63-23.

Lathrop tallied seven more points in the final period to help keep the Rebels at bay. Evadale forward Jacob Splawn scored eight of his 12 points in the last quarter.

The Bobcats outrebounded the Rebels 39-28.

Tyrone Waggoner had six rebounds for the Bobcats while Zach Dischler hauled down five.

The Bobcats finished with 20 turnovers while the Rebel had 14.

Orangefield finished 14-of-20 from the free-throw line while Evadale was 11-of-19.

The Cardinals manhandled the Panthers right out of the chute, outscoring Anahuac 16-2 in the first quarter and never looked back.

Hunter Wiegreffe paced the Cardinal arsenal with 17 points, 13 of them coming in a first half that saw the Redbirds lead 36-10 at intermission.