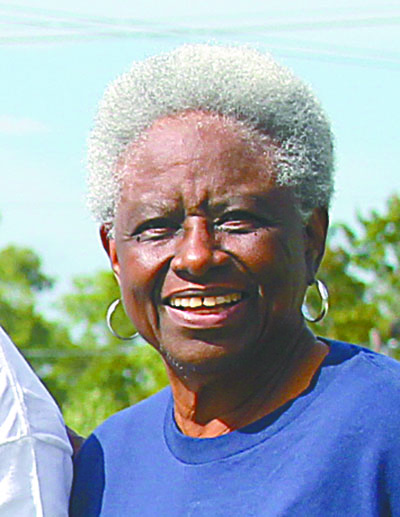 DeLarue passes away on Christmas

Marcia will be remembered for her strength and her contributions to Orange over the years.

Giving back to the community and striving to make Orange a better place, she was involved in organizations while maintaining a low profile of her contributions.

Marcia was instrumental in the growth and impact of the summer program for boys and girls, Beat The Streets Inc. The non-profit held a reunion in November for the kids who attended the program.

Two college students, Troy Robinson and Franklin Gans, Jr. with Attorney Marcia B. Delarue, as it was sometimes referred to as by the boys, started the Boys Club, in 1993. Robinsion and Gans saw a need in the community to find activities for the young boys in the neighborhood to help them ‘beat the streets.’

Robinson and Gans approached Delarue concerning a building the group could use as a meeting place.

“We did not pick and choose kids,” Marcia said in an interview earlier this year. “They came and we tried to find activities for them.”

Marcia spoke with pride in her voice about the many adventures and trips the program took with the children in Orange.

Marcia was not only a mentor for the children, but for women as well.

“She was a mentor to me,” Marva Paul, former director of Beat the Streets.

Marcia was also involved with the Top Ladies of Distinction.

“She was one of the first ladies,” Deborah Mitchell said. “Marcia was involved at the National level and was a Top Teen advisor at the local level.”

Deborah added, Marcia was highly regarded on the national level.

“I could always go to her on a professional and as a friend,” Deborah said. “She would always support you. She would tell me, ‘Always remember the teens.’”

Currently, Marcia held a position on the executive committee with the Orange Branch of the NAACP. She was a life member according to NAACP President Pastor Demetrius Moffett.

“She was instrumental in providing legal guidance,” Demetrtius said. “She was a strong behind the scenes person.”