Living up to his name 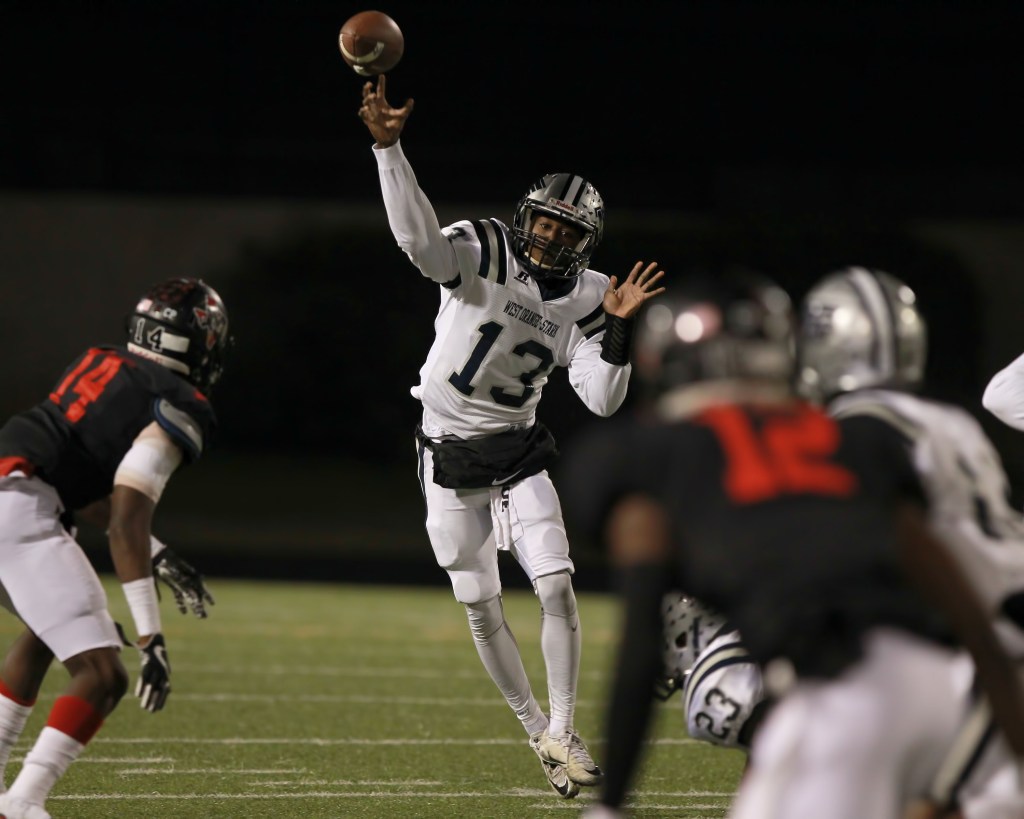 Chaka Watson, son of Brenda Doyle and Terrance Watson, win, lose or draw, has already lived up to his warrior name.

“I was the first person to hold him,” Terrance said. “I named him Chaka after Shaka Zulu, the African Warrior King. Terrance says he wanted to give his son a strong name that meant something to not only Chaka but to his roots as well.

At the age of 8, Chaka’s mother passed away leaving him heartbroken, but not alone.

“At that time I was really hurting and my father stepped up along with my families on both sides,” said Watson. “Another person that really helped me was my step-mother Sean Watson she is my buddy and has been there for me any time I’ve needed her.”

“I remember many nights Chaka would just cry and it was really tough to watch,” Terrance said. “But, Sean was a big help, his Grandparents helped and we all pulled together for his well being.”

During his little league days it was Chaka’s older brother, Justin, that discovered his brother’s hidden arm.

“My brother Justin and I were in my uncle’s backyard throwing around the football, and he told my dad that I had an arm on me,” Watson said.

After switching from wide receiver to quarterback, Watson shinned as an adolescent on the football field. Leading his team to two undefeated championship seasons, with his inspiration not far from his television screen.

“I used to get pumped up when my dad would yell, ‘GO BROLY MODE.’ Broly is a character from Dragon Ball Z that was unstoppable, no matter what you throw at him it would bounce off,” Watson said.

After a job offering, Chaka’s father decided to move to Houston. He enrolled Chaka into Bammel Middle School in the Westfield district of Houston. The move would better the Watson family finically, but at the time, it was another disappointment for Chaka.

“I never wanted to leave Orange,” Watson said. “All my friends and teammates from the little Mustangs were here so of course at the time I didn’t understand it but now that I’m older I understand the decision.”

Watson found it difficult to fit in, at first only making the 7th grade B team, in a school with an A, B, and C team.

“I had to prove myself to them and I did,” Watson said. “By my 8th grade year, I was the starting quarterback and our team one district for the first time in the schools history.”

Chaka’s early success on the football field was good, but in the Watson home football accolades were a distant fourth. His father encouraged education over sports. A motto Chaka still lives by today.

“I like football don’t get me wrong but I know that God is first in all I do, education is next, family and then football” Watson said.

Chaka’s grandmother, Mary Breedlove is considered one of the most influential teachers in West Orange Stark history. His grandfather, Leroy D, Breedlove, was an All American athlete, and beloved coach.

“To have those two as my grandparents is indescribable,” Watson said. “My Madea is the best teacher in the world and my grandfather is a man who had people visit him from all over the country, it was surreal at times.”

During Chaka’s time away from Orange, Terrance took him to various quarterback camps, worked him out with former Dallas Cowboy strength and conditioning coach, Danny McCray, and purchased any equipment needed his son needed to physically and mentally play quarterback.

“It was his job to make the A’s and B’s in school and as long as he held his end up it was my job to provide the tools he needed to perfect his craft,” Terrance said.

“Jarron is like a big brother to me,” Watson said. “We can correct each other and push one another to be the best we can be on and off the field.”

In 2016, Chaka became the varsity back up quarterback to Jack Dallas, someone Chaka was already familiar with.

“I knew Jack because I knew his brother Chad, we used to play little league football together and are still good friends to this day,” Watson said.

Because Jack was already established, being the defending champion quarterback, and the reigning State Championship Offensive MVP, it was no secret who the starting quarterback would be during the 2016 season.

“Jack was the quarterback and I knew that going into the season,” Watson said. “I just wanted some reps during those blowout wins to prove myself and prepare for the next season.”

During one of those blowout games, on September 23, 2016 Chaka waited anxiously on the sidelines anticipating his chance to play.

The Mustangs were playing against the Silsbee Tigers, on the very same night the Mustang football field was named after Chaka’s grandfather, Leroy D. Breedlove, shortly before the game.

“That night wasn’t about me it was about my grandpa and what he meant to so many people,” Watson said.

Later on, during a 37-2 blowout, Chaka saw an opportunity to make his grandfather proud.

“I just knew at that moment, during a blowout, I just knew I was going in,” Watson said.

His hope of playing was short lived as Chaka watched starting quarterback Jack Dallas jog onto the field to finish out the remainder of the game.

“I can’t lie and say it didn’t hurt me because it did,” Watson said. “It hurt me very deeply that I didn’t get a chance to play on that night of all nights, especially with such a big lead, but it was not my decision.”

In early February of 2017, Watson dealt with another devastating event, the loss of his grandfather.

“He and I had just had a workout and shortly after that fell ill,” said Watson.

To most teenagers, the events leading up to the 2017 season would have been more than enough reason to shut down and quit, but to Chaka it was just another road block to overcome.

“I don’t let anything break my sprits,” said Watson.

Another hurdle to overcome was the pressure and criticism that comes with being the West Orange Stark starting quarterback. Before the season fans questioned Watson as a quarterback, and wondered if he could run the Mustangs offense the way his predecessor did? Could he sustain the Mustang win streak, which at the time dated back to 2015? Could he deal with the pressure of playing on his grandfather’s field? Does he have arm strength?

“Fans going as far as predicting the number of games the team would lose with my son as the teams quarterback, and that wasn’t fair for a kid his age to have to hear that stuff,” said Terrance.

Through it all Watson prevailed, leading the Mustangs to another undefeated season, with the ability to have a refuse to lose attitude, and at the same time be calm and cool during the most clutch and intense moments of the game.

“I can’t really say I get nervous, I just do the best that I can for my team,” said Watson.

Such was the moment during a very tightly contested overtime road game vs. Kennedale. Watson scored the game winning touchdown to win the game.

“I noticed my receivers covered up so I just took off,” Watson said.

As the season went on, it has been both Watson’s arm and legs leading the Mustangs to succeed on the offensive side of the ball.

During his historical season Watson’s ego was never an issue. He spent his Saturday morning’s working the first down chains or the scoreboard during little league football games.

“I’ve never cared about all the attention, I want to be approachable to kids, Mustang fans, and anyone in my school from the most popular to the special kids, I don’t feel any different from any other person,” said Watson.

Walking off of his grandfather’s field without a single loss meant more to Watson than words could ever explain.

“I wasn’t going to lose on that field, I don’t care what needed to be done,” Watson said. “I dedicated my season to my grandfather and my mother, they are always with me.”

Chaka is an A/B student with a 3.8 GPA and would love to use football as a means to a better education.

“I could blow out my knee at anytime, so football isn’t my final option,” Watson said. “I would love to win a state championship, but I’d rather win at life in the end, that’s why I make sure my grades are good.”

Watson would like to become an engineer and enjoys working with his hands.

This season Watson and the Mustangs have far exceeded expectations. Watson has more than proven his abilities on and off the field. Leading as an example for not just his teammates but also to young men who will ultimately following in his footsteps.

Leading, fighting, and knocking down every “He can’t” that has ever been put in his way.