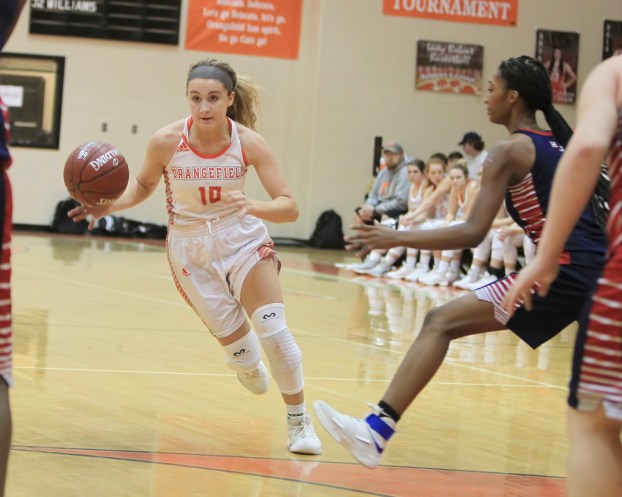 ORANGEFIELD — It was a tough outing for the Orangefield Lady Bobcats in the championship game of their Tennison Tournament Saturday as they fell to a loaded Hardin-Jefferson Lady Hawks team 71-34.

The Lady Hawks jumped out to a 18-4 advantage in the first quarter and never looked back against the Lady Bobcats, who had a cold-shooting effort in the title game after notching big wins earlier in the tournmanent.

The Lady Bobcats turned back Evadale 55-37 in the semifinals as they went on a 29-13 run in the second half to pull away.

Michaela Terry had a big game for the Lady Rebels, scoring 25 points and snagging 11 rebounds. She scored 23 points in the first half but was saddled with foul trouble before fouling out early in the fourth quarter. Leanna Bishop added six points for Evadale.

ORANGEFIELD — The Orangefield Bobcats dropped a 53-46 decision to the Jasper Bulldogs in the third-place game of the Tennison... read more