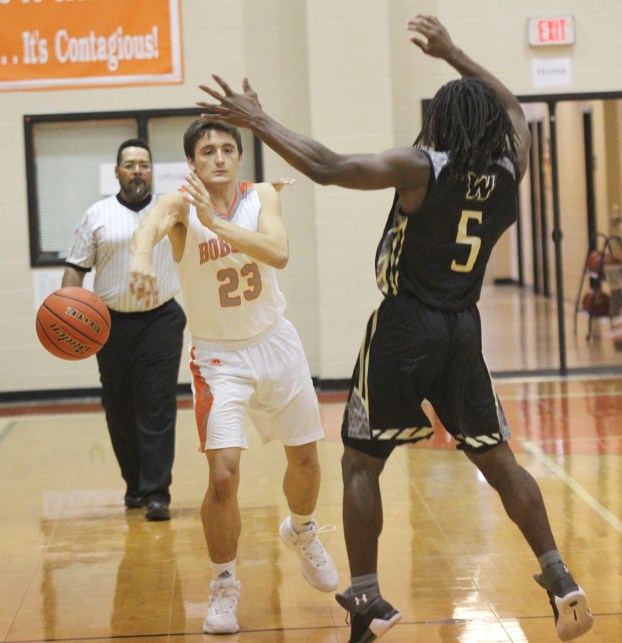 ORANGEFIELD — Playing at the pace they liked, the Orangefield Bobcats edged out the Woodville Eagles 34-30 in their first game at their own Tennison Tournament Thursday.

The Bobcats ran their offense well, setting up some good shots while eating up a ton of clock and that staggered the Eagles, who love to get up and down the floor.

They outscored the Eagles 9-6 in the third quarter and 10-9 in the final stanza.

Orangefield only committed 13 turnovers while the Eagles collected 16.

Woodville was basically a two-man show as post Koby Adams led the Eagles with a double-double, scoring a game-high16 points while snaring a game-high 11 rebounds while guard Christian Williams contributed 12 points and five boards and nailed two three-pointers. Point guard Zack Martin had the other two points to go along with five rebounds.

The Bobcats trailed 21-20 late in the third quarter but Catt and Dischler each hit a pair of big buckets to spark a 4-0 run to make it 24-21 and the Bobcats held the lead the rest of the way.

Woodville had a chance to tie it when Williams saw his three-pointer glance off the rim and Catt was fouled with 2.9 seconds left after a rebound and he drained a free-thro0w to put the Bobcats up by four.

The Eagles finished with a 31-23 rebounding edge but were woeful from the free-throw line, going just 4-of-14. The Bobcats went 7-of-12 from the charity stripe.

SOUR LAKE — The Little Cypress-Mauriceville Bears toppled Aransas Pass 67-65 in a nailbiter in their first game at the... read more