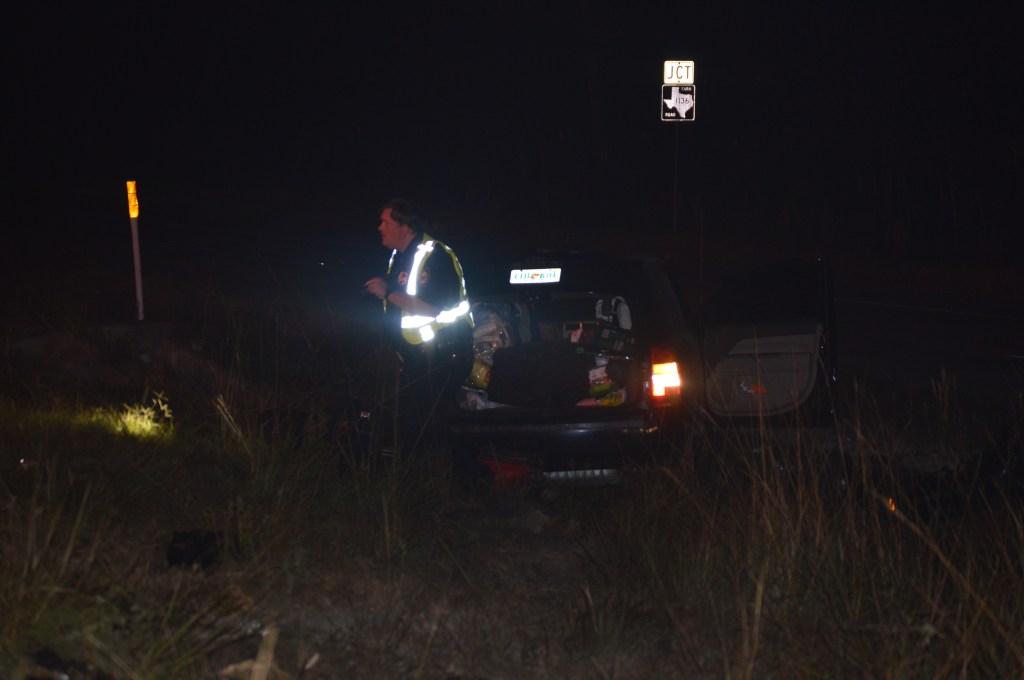 In a press release obtained from Trooper Stephanie Davis, on December 3,  2017,  at approximately 4:45a.m., the Texas Department of Public Safety responded to a two vehicle crash on Interstate 10 in Orange County near mile marker 871 at approximately 4:45 a.m. on Sunday, according to a press release from Trooper Stephanie Davis.

Initial reports indicated that a 2002 GMC Envoy was traveling westbound, in the inside traffic lane, on Interstate 10.

A 2007 Jeep Compass was traveling westbound, in the outside traffic lane, on Interstate 10.

The driver of the GMC failed to drive in a single lane and drifted into the outside traffic lane, striking the Jeep.  The impact of the collision caused the Jeep to strike the guardrail and travel off the roadway.  The GMC rolled over several times before coming to rest in the roadway.

The driver of the Jeep, Raul Ortiz, 69, of Florida, was transported to St. Elizabeth hospital with serious injuries.  His passenger was not injured in the crash.

The driver of the GMC, Lorenza Artiaga, 37, of Houston, and her two passengers, Martina Lerma, 47, and Artcher Lerma, 47, were transported to St. Elizabeth hospital with serious injuries.

Artiaga was issued a traffic citation for failure to drive in single lane.