Mustangs picked to win 12-4A by DCTF, Bobcats tabbed fourth 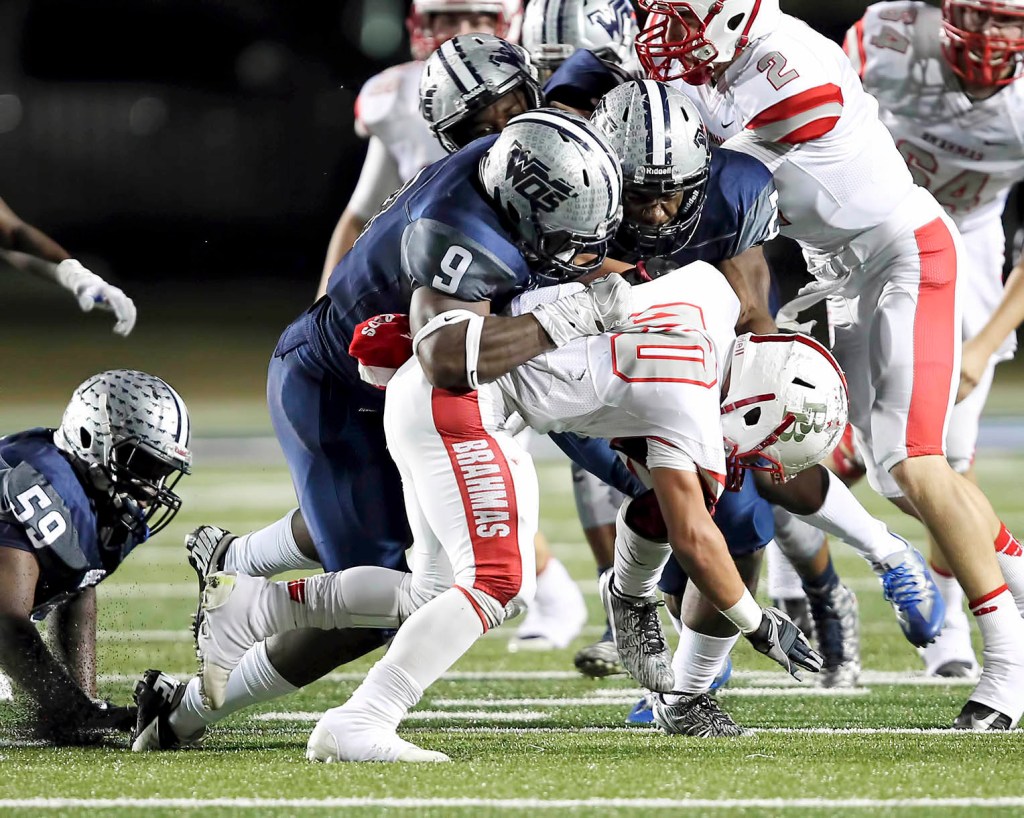 For the past couple seasons, the district competition for the West Orange-Stark Mustangs has simply not been there.

Along the way, the Mustangs have strolled to back-to-back Class 4A Division II state titles, dominating every foe in their sight as members of District 12-4A Division II have literally been a stepping stone for the Mustangs’ ultimate goal.

Well, according to Dave Campbell Texas Football Magazine, that is not going to change entering the 2017 campaign as the Mustangs are slated to cruise through 12-4A play as the champion and are ranked No. 2 in the state in Class 4A Division II.

So how dominant have the Mustangs been in their district?

Orangefield got a field goal on WO-S in 2015 and Liberty actually found the end zone last year.

Some say the Mustangs (16-0 last season) could be a little down this season as they look to rebuild. After all, Coach Cornel Thompson’s crew returns just seven starters – four on offense and three on defense – but the cupboard is far from bare as they do have some exciting players back.

Gone is three-year starting quarterback Jack Dallas, who ran the ship to near perfection as WO-S made the state title game all three years. The Mustangs will look to run the ball a little more with a speedy Chaka Watson seeing plenty of time at quarterback.

The Liberty Panthers (10-3) are tabbed to be second in 12-4A by DCTF and deservedly so.

The Panthers have plenty of starters back in the mix including seven on offense and eight on defense from a team that gave the Mustangs’ their biggest district challenge last year, for a half.

The Panthers will miss 1,500-yard back Alex Brown but have plenty of talent back, including quarterback J.J. Slack along with backs Jeremiah Guillory and K.K. Antoine.

Brayden Pelt is back at quarterback after getting valuable experience a season ago and Mason Murray returns to the backfield and is one of the most versatile athletes returning in the district.

The Orangefield Bobcats (5-6) pushed their way into the playoffs for the fourth straight season for Coach Josh Smalley and Co. and are picked to make the postseason yet again.

The Bobcats return six starters on both sides of the pigskin. Key returners on offense include versatile back Christian Louvier and quarterback Mason Gonzales. Blake Bradley is back after being a standout on both sides of the ball along with Michael Teeples. Safety Zach Dischler returns to anchor the secondary and the Bobcats return the best kicker in the district in Jacob Rainey.

The Hamshire-Fannett Longhorns (1-9) will look for a bounce-back campaign this season as Coach Bill Jehling welcomes back seven starters on both sides of the ball.

Running back Tyrese White has definitely been a key cog the last three years as he haspiled up close to 3,000 career yards. Marcus Morris and Matt Conkle will also figure heavy in an offense that will look to up the ante.

Bridge City picked to win 10-4A DI by DCTF