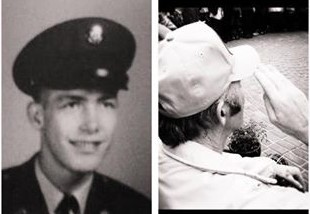 Ray M. (Ray Boy) Thibodeaux, age 66 died Sunday, July 2, 2017 at his home in Vidor, Texas.  He was a decorated Army Veteran who served two tours in Vietnam.  He loved cooking, spending time with his family and friends and was secure in his relationship with the Lord.

Ray was survived by his loving wife of 43 years, Joan Thibodeaux; two daughters, Lori Smith and her husband, Tommy of Gary, Texas; Amber Wyatt and husband, Jeff of Vidor, Texas; one son, Keith Benoit and his wife of Sulphur, Louisiana.  He is also survived by six granddaughters, one grandson, one great grandson and one on the way.  Also, he is survived by two sisters, Betty Fortier and her husband of Fort Lauderdale Florida and Suzy Thibodeaux of Port Arthur, Texas; two brothers, Charles and Alex Arceneaux of Orange, Texas along with numerous nieces and nephews.