Mourning the loss of Mary McKee 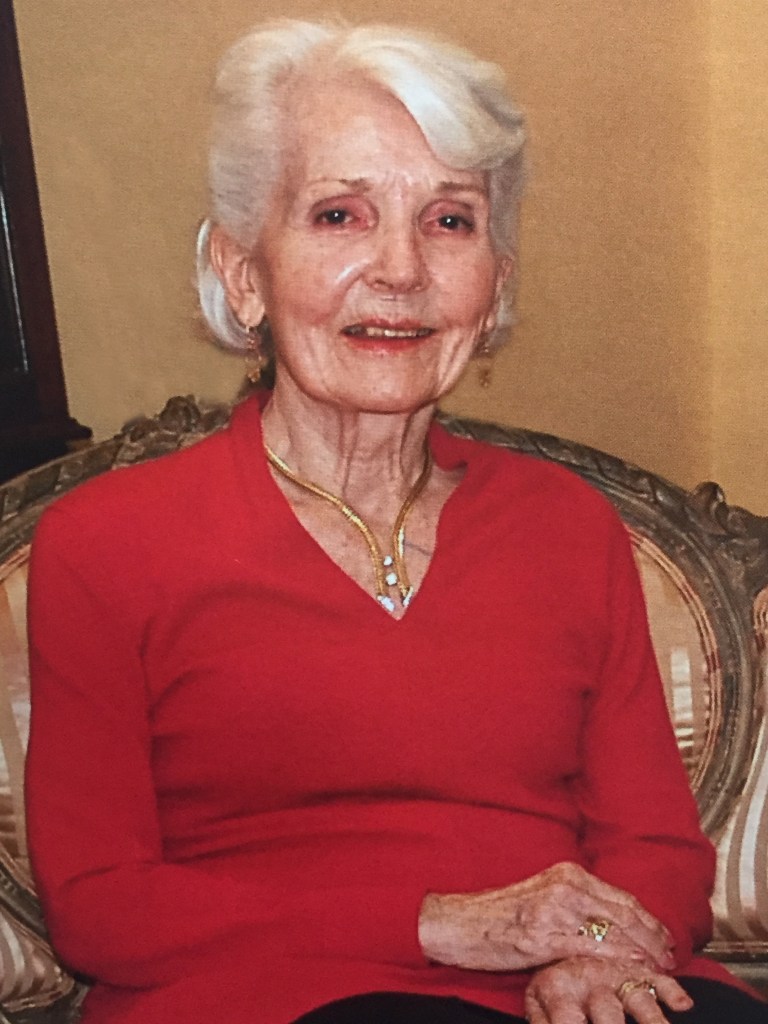 A beloved staple of the Orange community died gracefully this week at the age of 94.

Mary Louise Bevil McKee was born on Galveston Island in 1923 to Dr. Cooper Pope Bevil and Vada Bemus Bevil. A fifth-generation Texan, she descended from the earliest settlers of East Texas, the Bevils, who founded Jasper. The youngest of four and the only girl, Mary Louise grew up visiting her father’s beloved patients, he being one of the only dentist/orthodontists on the island, and remembered walking with him to the ocean each morning for his morning swim.

Mary Louise suffered great loss from an early age. Her oldest brother, Newton, died in a car accident at age 20 on his drive home to Galveston from the University of Texas during a semester break. She lost her other two brothers, John and Cooper, Jr., aged 8 and 10, during a New Year’s Eve Christmas tree fire. Later, her fiancé, Marshall Barnett, Jr., a fighter pilot, was killed in action over the Pacific during World War II. He received the Purple Heart and Navy Cross, posthumously, for his bravery.

After graduating from Ball High School in Galveston, she attended Mary Hardin Baylor and Baylor University, where she was voted a Baylor Beauty. She graduated from Baylor with a degree in history and a minor in music.

In an effort to cheer her up after the loss of her fiancé, a family friend, a Navy chaplain on the U.S.S. Darke, asked his good friend on the ship, a Marine Captain, Clyde V. McKee, Jr., to become a pen pal to Mary Louise. Mary Louise was told there was a lonely Marine on her friend’s ship who needed a writing pal. Mary Louise and Clyde exchanged witty and fun letters across the ocean, and eventually fell in love. They united when the war ended and Clyde returned to the States to meet Mary Louise for the first time. They quickly became engaged soon after and were married in Galveston in 1946.

Mary Louise and Clyde moved to Durham, North Carolina, while Clyde earned his LLM in tax law. Mary Louise served as the secretary to the president of Duke University during that time. Upon graduation, Clyde joined a Houston law firm which assigned him his first job, the personal attorney for the Stark family of Orange, Texas. Clyde would start the Stark Foundation in 1961.

Mary Louise and Clyde moved to Orange in 1947 where they started a family. They had three children; John “Cooper” McKee, Clyde Vernon McKee, III – also known as Tad, and Wanda McKee Fowler. Mary Louise relished raising her children in Orange. Mary Louise and Clyde enjoyed hosting many festive parties at their home through the years and held many close friendships dear to their hearts. She was a very active member of the community, serving as an officer in many local organizations. She was also a co-founder of the Service League of Orange. A firm believer in the transformative power of education, she supported field trips, teacher grants, and educational efforts throughout the years, particularly for students of West Orange-Stark and West Orange Cove-CISD.

She was an avid pianist. Her grandchildren remember her listening from the other room as they practiced on her piano; she knew immediately when they made a mistake and would be quick to announce her knowledge of it.

One of her favorite joys was to entertain her family at La Truffe Savage in Lake Charles over fine food, drinks, and company. She was so beloved there that they named a dish after her, the Crabmeat Mary Louise. She and Clyde enjoyed the restaurant, and the family they had in it, for nearly 50 years.

Raised Baptist and then a longtime member of the First United Methodist Church in Orange, she took great comfort and strength in her faith. She was not one to entertain gossip.

Mary Louise lost the love of her life, Clyde, in 2004 after a long battle with Parkinson’s and Alzheimer’s. At the age of 83, Mary Louise built her dream house, for which she’d developed the plans in her mind at age 8. She always said that if she had been born in a different time, “when women could be something other than a secretary or a teacher,” she would likely have been an architect. In her later life, she enjoyed staying active in the community and seeing her many friends out while having lunch, often with her son, Tad.

All who knew Mary Louise knew of her incredible intellect, impeccable memory, and exceedingly fascinating life history and enjoyable personality. It can be argued that her class, grace, and sophistication was surpassed by none. Her laugh infused joy in all who heard it. What her children, grandchildren, and those who loved her will remember her by, though, was her unconditional love and unfailing support that she provided all of them throughout the years. Not once did Mary Louise judge others, nor did she lose faith in their capability to be great in whatever they wanted to achieve. She was their biggest cheerleader and their brightest, most dear joy.

Our community lost a beautiful treasure this week. She will be sorely missed.