New council members sworn in as Bellfield steps down 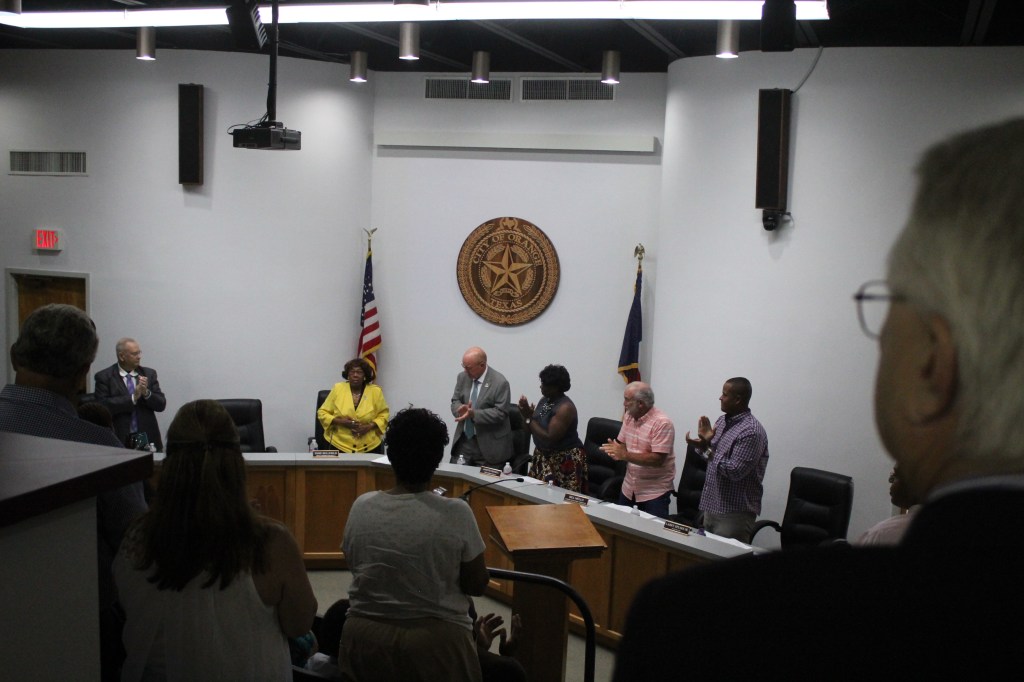 Council member Essie Bellfield was disappointed in the number of voters in the recent Run-off election.

“It is a disgrace the number of voters,” Bellfield said. “Only 300 some odd votes, where were you?”

Bellfield stepped down as her term ended for Orange City Council on Tuesday night but promised she will remain involved with the city.

“I will do what is right for the city,” Bellfield said. “Thank you for my time here.”

Bellfield was the first female and first African American mayor for the city and has served on the council for several years.

“It is hard for me to see you leave,” Council member Annette Pernell said. “You mean a lot to the city, to me. You were encouraging to me and the city. As our elder, we can learn a lot from her.”

Council member Larry Spears Jr. said he loves and will miss her.

“I am sure we will see you in the front row seat at the next meeting,” Spears said.

Brad Childs and Terrie T. Salter were sworn in during the meeting.

“Thank you to all those who came out to see us this evening,” Salter said. “I am going to work really hard for my district. I have some hard shoes to fill but I have her phone number. She has given a lot of herself and has more to give.”

Salter was referring to Bellfield who held the District 3 seat prior to Salter winning the election.

Childs said quality of life is changing in Orange.

“It is very exciting to be in Orange,” Childs said. “It is becoming the place to come too.” 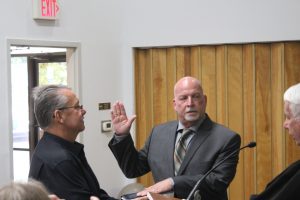 Dawn Burleigh/The Orange Leader
Brad Childs is sworn in as Orange Councilmember Dist. 2 during the Tuesday evening meeting. Childs was unopposed for the Special Call election after Wayne Guidry resigned due to relocating outside the district. Pinehurst Police Fred R. Hanauer III held the Bible. 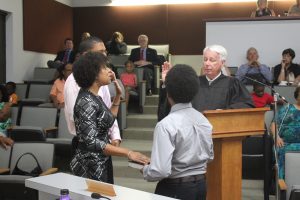