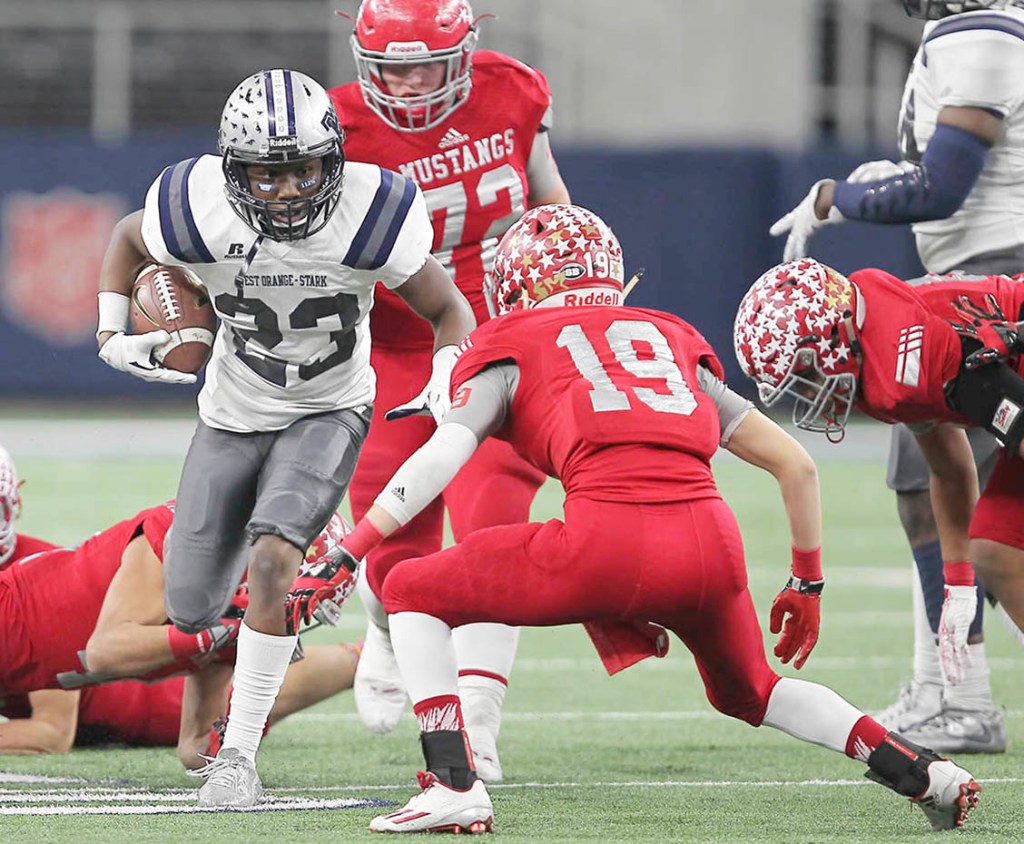 After losing a tremendous senior class that saw 13 players sign from the 2016 Class 4A Division II State Championship team, the West Orange-Stark Mustangs’ reputation remains sky-high as the Mustangs are ranked No. 2 in the state in Class 4A Division II in the preseason poll by Dave Campbell Texas Football Magazine.

Of course, fans of the team in Blue and White have become spoiled as WO-S rolled to a perfect 16-0 as the Mustangs captured their second consecutive Class 4A Division II State Title with a whipping of Sweetwater and third straight trip to the State Championship.

All the Mustangs accomplished was outscoring the opposition by a 811-69 count to go along with eight shutouts in what was one of the best performances in Texas high school football history.

Coach Cornel Thompson and Co. are in somewhat of a rebuilding mode entering the upcoming season. The Mustangs do have a handful of starters back on both sides of the ball plus plenty of young talents that captured District 9-4A Division II titles on the junior varsity and freshman levels.

There are plenty of tradition-rich programs that fill up the poll.

The Gilmer Buckeyes (13-2 last year), who defeated the Mustangs in the 2014 state title game, is ranked No. 1 in Class 4A Division II.

The two teams duked it out for the District 10-4A Division I title last year with the Cardinals taking a thrilling 42-41 victory at home as Bridge City went three rounds deep into the postseason.

Defending state champion Carthage (13-2) is ranked No. 1 and Abilene Wylie (11-2), who Carthage defeated in the state title game is No. 6.

One district, 9-4A, has three ranked in the top 10 in Carthage, Henderson and Kilgore.

Texas Football Magazine will be hitting the newsstands soon with University of Texas first-year head coach Tom Herman on the cover.