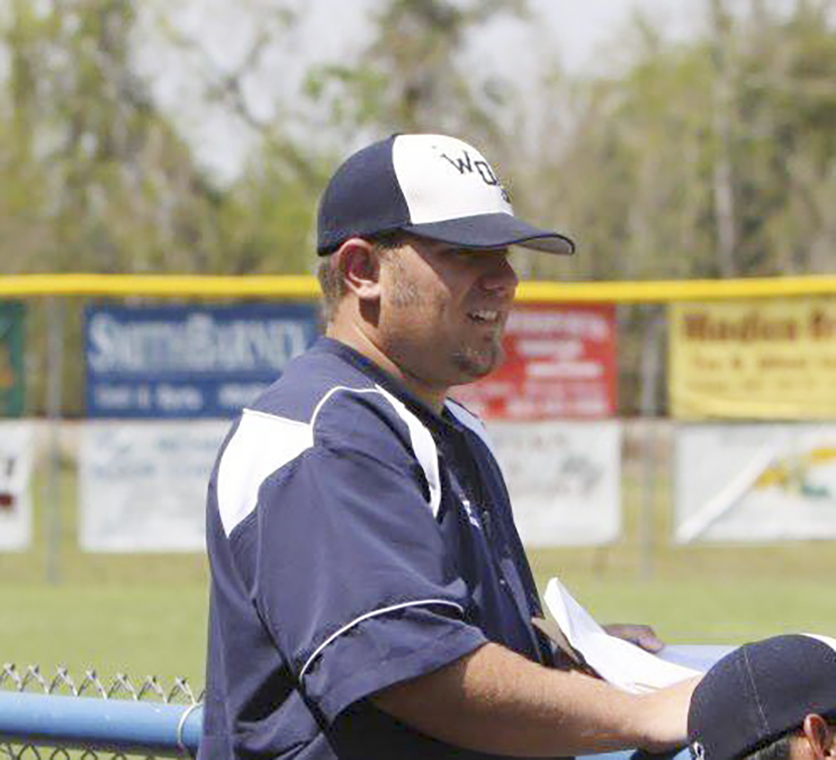 Leader Photo by Van Wade Shea Landry is departing as the WO-S head baseball coach to be an assistant at Bridge City.

Shea Landry, who led the West Orange-Stark Mustang baseball program to four straight playoff appearances, including a trip to the Class 4A State Championship Game in 2015, is departing WO-S as the head coach to become an assistant baseball and football coach at Bridge City High School.

Landry has been coaching at WO-S for nine seasons, including the last six years as the head baseball coach.

Landry picked up his 100th career win this year, that win coming against Bridge City in District 22-4A play. Landry finishes with 115 wins in his six years at the helm. The Mustangs put together an amazing 27-5 run this season, going a perfect 10-0 in 22-4A play to snag the district title. The Mustangs advanced to the fourth round of the playoffs for the third consecutive season as they fell to state runnerup Robinson in the 4A Region III quarterfinals.

“So many memorable moments for sure,” said Landry. “I’ll definitely miss working with the coaches and the kids. We were fortunate enough to play in so many big games and I know I will have a bond with those kids that will last a lifetime.”

Landry was also part of a football program that has gone to three straight 4A Division II State Championship Games, winning the last two. He was a key coach at the freshman level, working with Randy Ragsdale with the freshman team a lot of the years along with providing insight from the press box on Friday nights. He will also be known as the Elementary PE coach, at WOSE where he grew many relationships with the students and faculty.

“One thing for sure, WO-S produces winners and I was blessed to see a whole lot of winning,” said Landry.” I appreciate Coach (Cornel) Thompson for giving me a tremendous opportunity to lead the baseball program. With help from excellent assistants, the program is in a lot better shape than it was six years ago.”

Bridge City had a couple openings on its baseball staff pop up and now Landry gets to work with long-time friend and “old rival” Chad Landry for the Cardinal program that has been tremendous year-in and year-out.

The Cardinals went 21-14 this past season and caught fire late. The Redbirds went 5-5 in a very competitive 22-4A with a very young team and then exploded in the playoffs. Bridge City advanced all the way to the regional semifinals where they eventually fell in a grueling three-game series against China Spring.

The Cardinals have one of the best baseball traditions in Southeast Texas, if not the best.

Bridge City advanced to the regional semifinals for the 17th time in school history last season and has claimed 25 district titles over the years.

Landry and his family live in the Bridge City School District.

“Coach (Chad) Landry and Coach (Dewayne) Dubois simply gave me an opportunity I couldn’t pass up,” said Landry.” I’ve known Chad for a long time and he’s a tremendous coach that I have a whole lot of respect for. This is the best move for me and my family. I’m looking forward to hitting the ground running with football coming up soon and look forward to working with a great bunch of kids there too.”