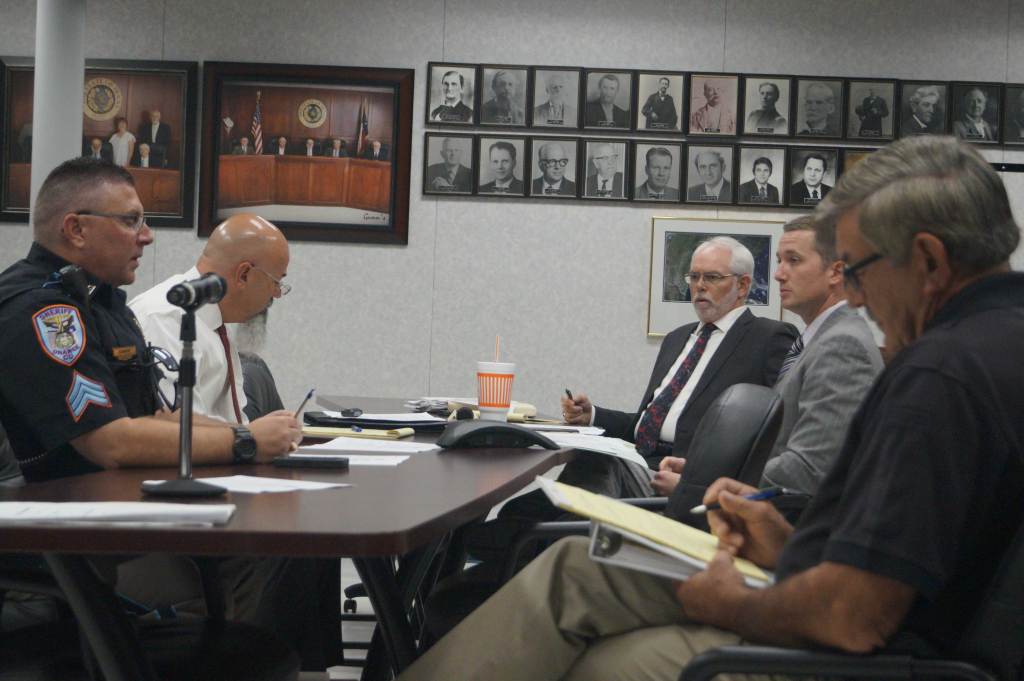 After about three and a half hours of bargaining between the City of Orange and the Orange County Sheriff’s Office Employees Association Friday afternoon, the are still at square one on a decision.

One of the hot topics at the bargaining table was the cut of certificate pay that was voted on in Tuesday during the CommissIoners Court meeting. Commissioners Johnny Trahan and John Gothia voted against the certificate to pay cut however the pay cut was passed with a vote of three to two.

Greg Cagle, attorney for the Orange County Sheriff Office Employees Association stated that a meeting with the association was held Thursday night for a discussion on the pay cuts.

“I didn’t think the cut was for financial reasons so I can only gather it was to cause hardship on the deputies and their families so the Association is not going to make any counter offers,” Cagle said.

With negotiating contracts for over 20 years, Cagle said this was probably the most disappointing thing he’s seen by one side.

Cagle said he felt the unilateral pay cut changes during negotiations was in bad faith and this is the main reason why they’re not going to make any counter-offer.

Orange County Judge Brint Carlton of the Commissioner’s Court didn’t believe in forcing a contract the way it is written was unilateral however Carlton, Commissioner Jody Crump and Sheriff Keith Merritt stepped out for deliberation several times with their revised proposals that were declined each time.

According to a letter from an attorney dated Sept. 6, 2013, paying certificate pay on the now expired contract is voluntary.

Negotiations for a new contract have been in litigation since the county sued the union concerning reaching an agreement.

Negotiations have been ongoing since 2013 when the previous contract ended.