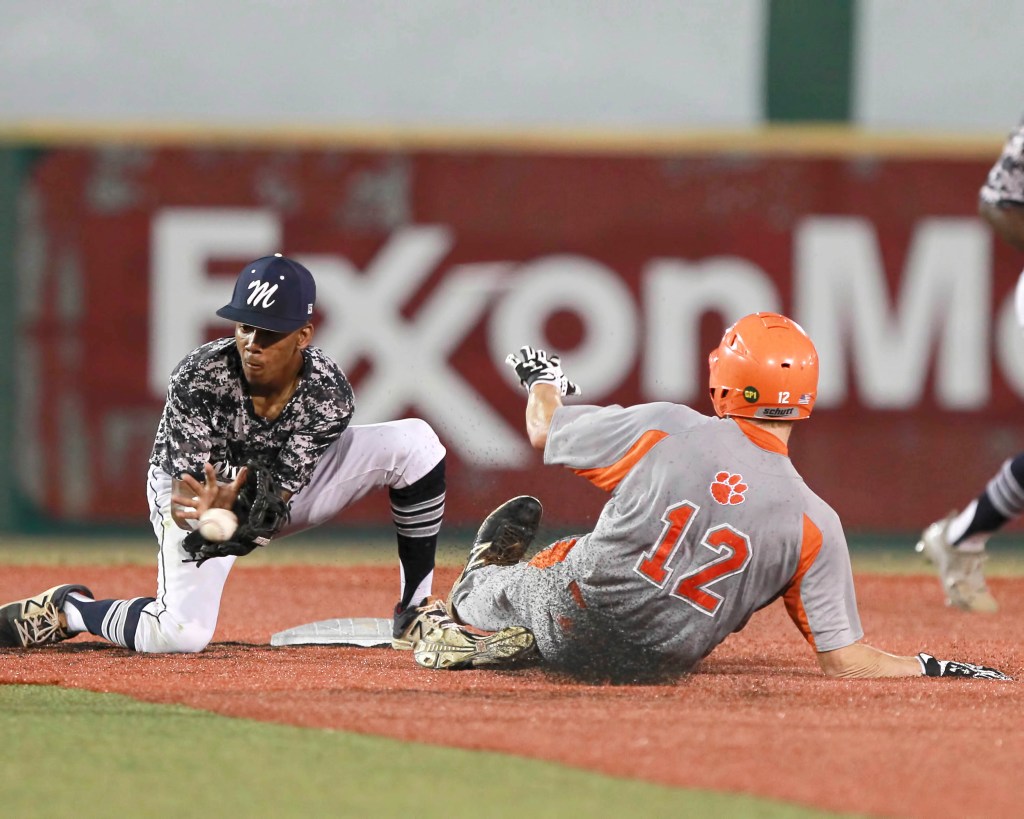 WEST ORANGE — It should be a dandy come Thursday night at Magnolia High School where the District 22-4A champion West Orange-Stark Mustangs battle the District 17-4A Robinson Rockets in a one-gamer in the Class 4A Region III semifinals.

There is no question that two red-hot programs will collide.

Both teams went through rugged districts with perfect marks and both have made it look relatively easy thus far in the postseason.

Coach Shea Landry’s Mustangs will enter the fray with a 27-3-1 mark while the Rockets come in with a 28-2 record and were state semifinalists last year.

“Robinson, no doubt, has a tremendous program,” said Landry. “Year-in and year-out, they are always battling for our region and they are one of the finest teams in the state. They always play sound baseball and don’t make a lot of mistakes. We feel like we do the same and we take a lot of pride in that too. It should be a great game and the kids are definitely looking forward to it.”

Coach Landry flipped for a one-game set and won.

The Mustangs will check in with a senior-oriented group that has shown their might and competitive juices while wearing a WO-S uniform.

Senior Jack Dallas will take the hill against the Rockets along with fellow seniors KJ Miller and Ryan Ragsdale – three players that have gained so much valuable experience – including playing for the Class 4A title in 2015 along with competing in three straight 4A Division II State Championship football games and brought home two straight titles the last two years.

“The kids are carrying a lot of confidence, They have all year, they’re simply winners,” said Landry.

The Mustangs have received fine efforts from the entire cast, including the likes of seniors BB Tezeno, Tre’ Benard, Teron Brown along with juniors Chad Dallas, Kaleb Ramsey and Blake Robinson.

The Rockets, however, are loaded as well, and brought back a slew of talent that reached the 4A State Semifinals last year. Key components are certainly back from a team that knocked out Bridge City in the regional semis and LC-M in the regional finals a year ago.

Both of those players swing the bats well along with the likes of powerful Rhett Roznos along with Peyton Powell and Mason Cooper.

The Rockets have outscored their opponents 230-61 for the season,including 47-8 in the postseason. They defeated Fairfield 11-0 in bidistrict; handled a tough Taylor squad 11-4 and 5-2 in the area round and toppled Salado, the team that beat them in the state semifinals last year, 12-2 and 8-0 in the regional quarters last week. Dziedzic got the win on the hill in the 12-2 victory while Ashcraft tossed a shutout in Game Two.

“They have excellent pitching, that’s for sure, and guys that can swing it up and down the lineup,” said Landry.

The Region III semifinals will pit a pair of 22-4A team — WO-S and Bridge City — against a pair of 17-4A units —Robinson and China Spring.

“That certainly says a lot about both our districts,” said Landry. “We had four of the final eight in the region out of our district for the second straight year and I know their district is tough too. Credit Coach (Chad) Landry and Bridge City for doing what they’ve accomplished thus far too. They’re such a young team that has gotten hot and has gained a lot of confidence down the stretch. Should be some interesting baseball this week for sure and hopefully 22-4A can come out winners again, it’s going to be tough with four excellent teams standing, that’s just the way it is this time of year.”