WO-S’ Thompson gets Lonestar Gridiron 4A Coach of the Year 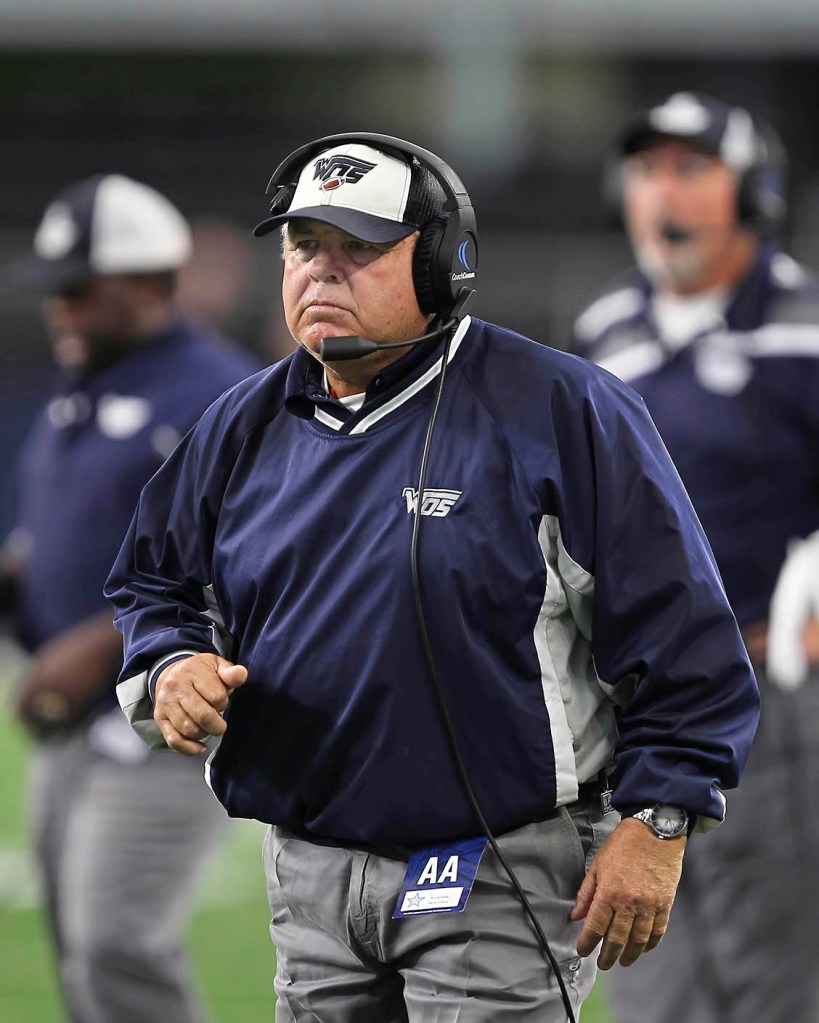 West Orange-Stark coach Cornel Thompson has been selected as Lone Star Gridiron’s Class 4A Coach of the Year.

Coach Thompson has gone 78-11 since taking over the Mustangs in 2011.  Thompson’s tenure with West Orange-Stark began in 1977 as an assistant and he has been with the team all but three seasons – one of which was as Head Coach at Palestine. He has an all-time coaching record of 80-19.  He finally wins this Coach of the Year award after being the runner up for the previous two seasons as well!

Each year, the winners are selected by a compilation of votes submitted from coaches, Brotherhood members, fans and LSG staff. Each group’s votes are compiled and then added into to the final weighted tally. In winning the award, Coach Thompson beat out some serious competition.