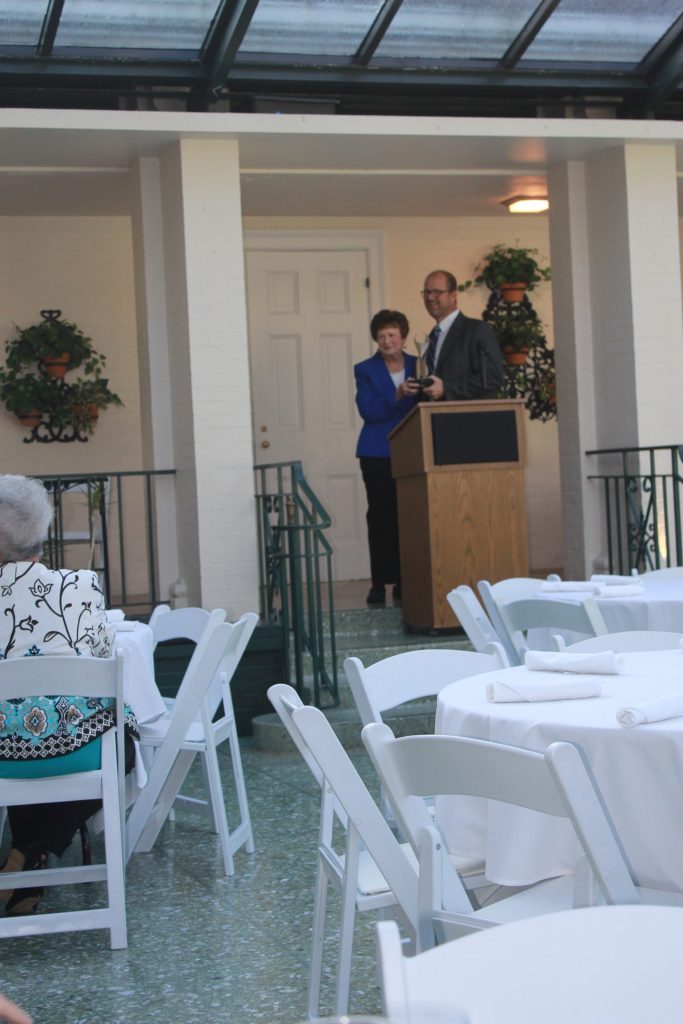 Loretta Hughes was surprised to discover she was the 2017 Athena Award winner Tuesday morning.

First Financial Bank underwrites the annual award. The ATHENA Award was first presented in 1982 in Lansing, Michigan and has grown to include presentations to more than 7,000 individuals in hundreds of cities across the globe.

The award takes the form of a handcast bronze sculpture symbolizing the strength, courage and wisdom of the recipient. The award has been presented annually in Orange since 1993.

This years winner was kept secret until the announcement by Debbie Hughes.

“Loretta was a vital part of Jerry Hughes Realty for years before her retirement. She helped train, motivate and assist new agents as they started their careers. She was always extremely patient, helpful and available to assist in any way to make them successful. She always had an “Open door policy,” according to a press release.

“I was wondering why my whole office was here,” Loretta Hughes said as she accepted the award. “I feel unworthy but totally honored.”

Hughes has been involved in several community service organizations throughout her career. Some of which include: Orange County Board of Realtors, Service League of Orange, Lions Club Carnival volunteer, Texas Association of Realtors Director and Trinity Baptist Church.

President of the Board of Realtors

Altrusa woman of the year 2014

She also received the DuPont Outstanding Customer Service Award in 2002