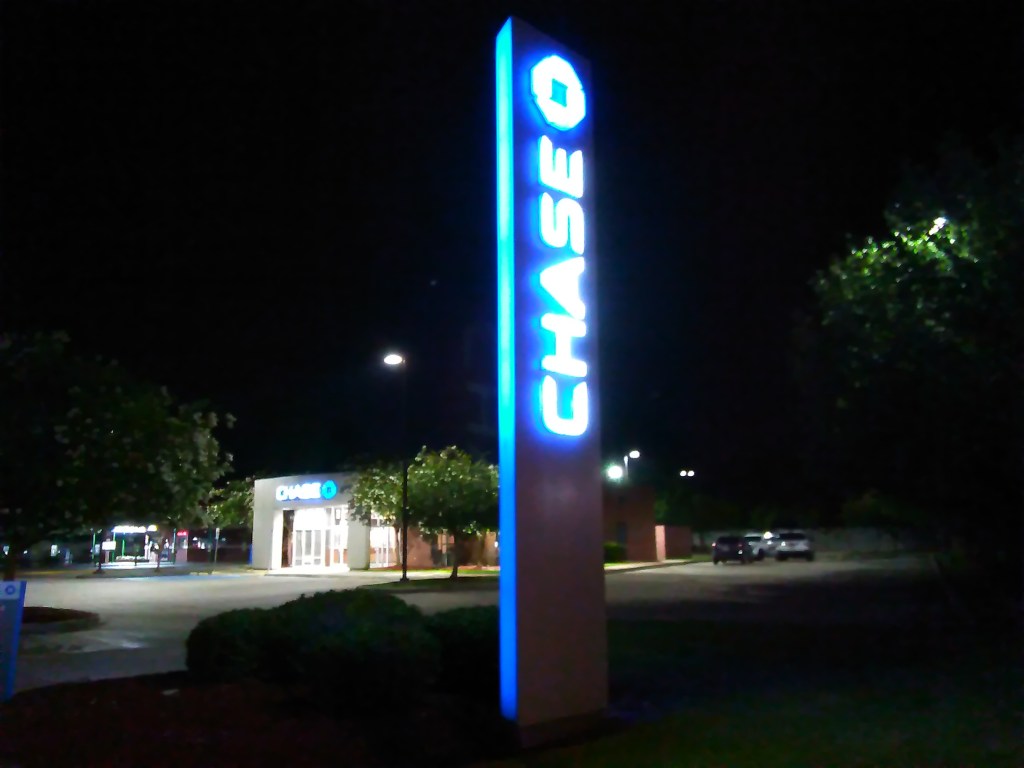 Eric Williams/The Orange Leader A man was still inside Chase Bank on Saturday as police responded to a motion alarm inside the building.

Orange Police responded to a motion alarm inside the building that had been set off shortly after 11:30 p.m. Saturday at Chase Bank located at 3109 16th Street in Orange.

Upon the officers arrival they found the back window behind the building to be broken. As officers were setting up a perimeter around the building, they observed a male inside the building. The man then attempted to flee out of the broken window but he was apprehended by officers.

The person was identified as Albert Harper, 42, of Orange.

Harper was placed in custody for burglary of a building, and is being held on a $10,000 bond.