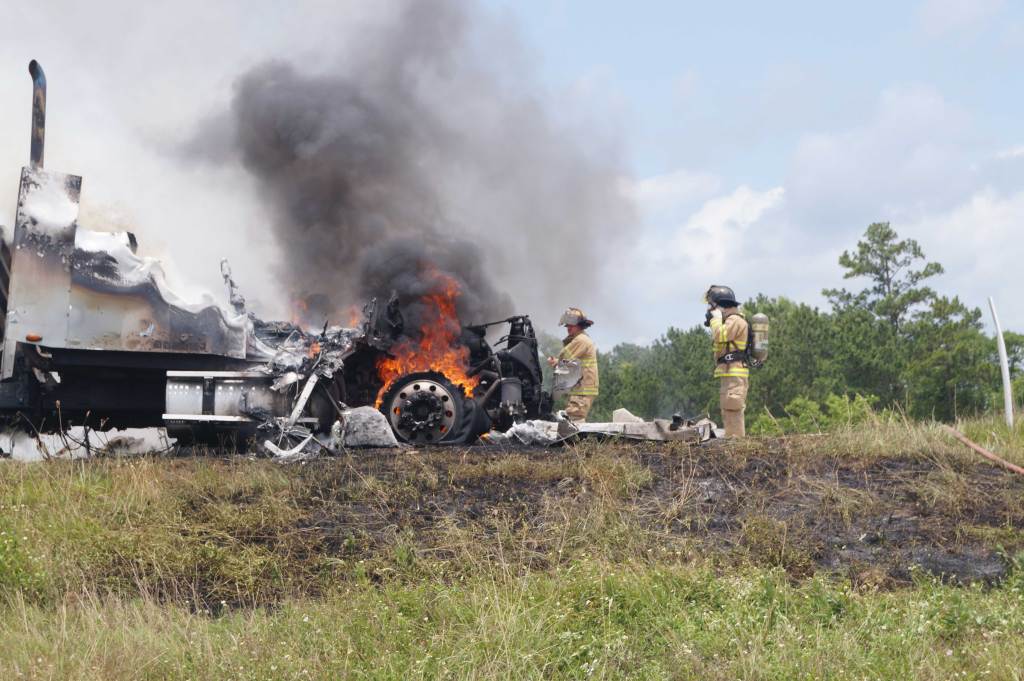 Randy Strong/ The Orange Leader Firefighters work to extinguish the flames from an 18-wheeler engine which caught fire at approximately 2 p.m. on Wednesday.

Motorists should use caution while traveling in the area and stay alert for slow moving traffic.

Residents near Interstate 10 and Farm to Market Road 1442 heard an explosion which turned out to be an 18-wheeler on fire.

Traffic was halted on Interstate 10 eastbound due to a semi truck on fire just west of Farm to Market Road 1442 at approximately 2 p.m. Wednesday.
The truck was headed east on Interstate 10 when the driver noticed the engine on fire.

He then pulled over and attempted to douse the flames with a fire extinguisher. When he realized he could not extinguish the fire he called for the Orange Fire Department who quickly extinguished the flames, according to a fireman on the scene.

The driver was not injured.

All eastbound traffic lanes on Interstate 10, near FM 1442, are closed as crews work to clear debris from the roadway.
Motorists are urged to find an alternate travel route.  Expect delays.