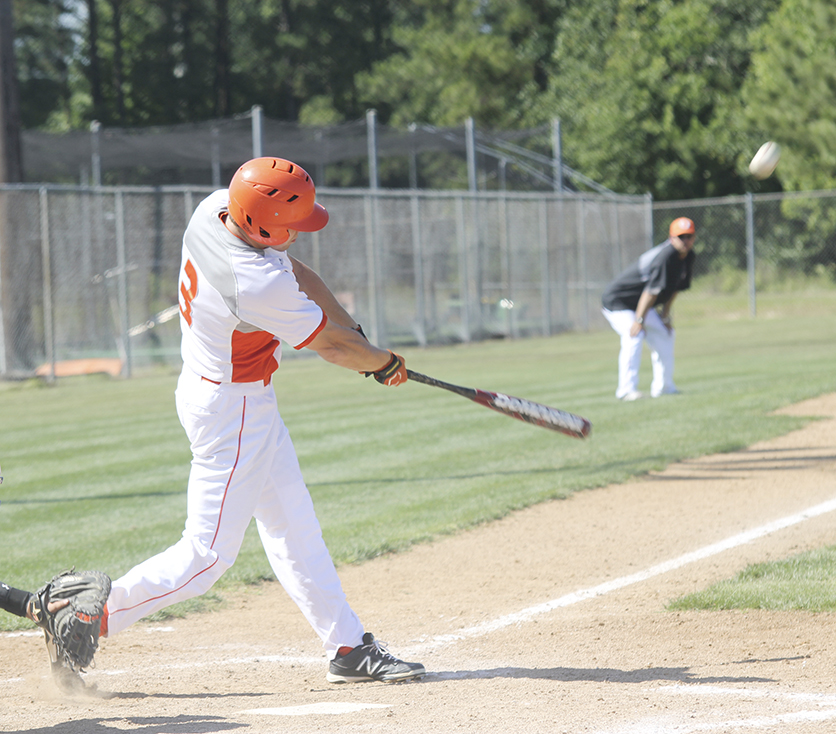 PORT NECHES — The Orangefield Bobcats strolled past the Hardin-Jefferson Hawks 5-1 to take Game Two and captured the series in the Class 4A Region III area round of the playoffs Saturday at Port Neches-Groves High School.

The Bobcats (18-9) will look to keep the momentum from these two games going moving deeper into the playoffs. The Bobcat win sets up a Orange County showdown in the regionals quarterfinals against the West Orange-Stark Mustangs next week.

Starting pitcher Mason Gonzalez threw the entire game only giving up five hits with one run on seven strikeouts. Gonzalez struggled the first couple of innings and but it didn’t take him long to find his groove as he controlled the Hawks the rest of the way.

The Bobcats were the first to score, putting up two early runs in the top of the first inning. Johnny Armstrong reached base on a single and stole second base on a passed ball, Brett Fregia drove him in from second with a solid hit to left center field. Fregia made his way to second off of another passed ball and Dylan Anthony drove him in with a solid hit to right field as the Bobcats went up 2-0 after their first at bat.

The Hawks would take a run back in the first inning, but it wasn’t earned, the Bobcats defense gave up a couple of errors for the Hawks to take advantage of. Brayden Pomirko led off with a walk, on a throw to first from pitcher Gonzalez the throw went wide and Pomirko ran all the way to third base on the play. The next batter Mason Murry hit a sac grounder to drive in Pomirko for the Hawks lone run of the game.

In the second inning Andrew Hoyland scored after he led off with a double. Kadeon Evans and Ryon Stubblefield both hit sac bunts to drive in Hoyland to put the Bobcats up 3-1 after two innings.

In the third Mack Patterson hit an absolute rocket to left field for a solo home run that ignited the boisterous Bobcat crowd to push the lead to 4-1.

Hoyland, Evans and Stubblefield all reached base to start the fourth inning and Armstrong hit a sac fly to bring in Hoyland for the game’s last run. The Bobcats went up 5-1 in the fourth and the Hawks were never able to scratch any more offense the rest of the day.

For the entire series the Orangefield offense has hit consistently from top to bottom to scrap together runs by any means necessary. The home- run by Patterson is the only outlier of the runs in the series. The rest came from playing small ball and finding ways to score, which is the name of the game.