Lady Cardinals stroll past H-J in Game One 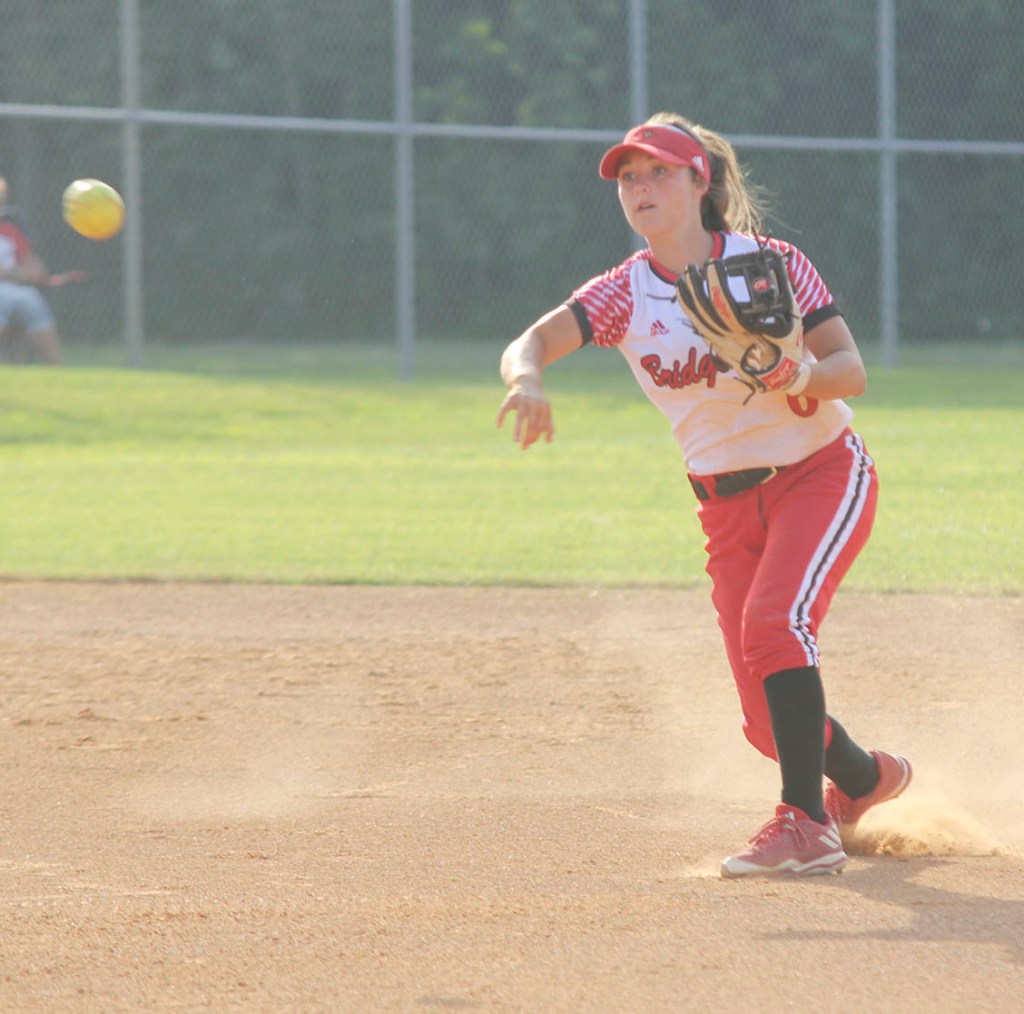 PORT ARTHUR – After getting down 2-0 in the top of the first inning to the Hardin-Jefferson Lady Hawks, the Bridge City Lady Cardinals poured it on the rest of the way as they waltzed to a 8-2 Game One victory in the Class 4A Region III quarterfinals Wednesday at Port Arthur Memorial High School.
Kassidy Wilbur snagged the win on the hill once again for the Lady Cardinals, scattering three hits while fanning 12 and walking one.
Wilbur was also 3-for-3 at the plate, drove in three runs with a three-run home run and scored twice.
Raylie Huff, who tossed a no-hitter against Orangefield in the area round last week, allowed eight hits while striking out three and walking two.
Game Two of the series will be Friday at 5 p.m. at Port Neches-Groves High School with Game Three to follow if necessary.
The winner of the Bridge City-H-J series will face either Salado or Lorena in the regional semifinals next week.
H-J scratched in its runs in the top of the first.
Caroline Spacek reached on a deep fly ball to left that was dropped.
Cierra Morris had a one-out bunt single and Grace Phelps brought in both runs with a single up the middle.
The Lady Cardinals got even in the bottom of the first.
Wilbur led off with a single up the middle and went to second on a wild pitch. Wilbur scored when Jaylynn Burch reached on a hustling infield single. After Meagan Sourdellia doubled to right centerfield, Aleah McClanahan plated Burch with a sacrifice fly to center.
The Lady Cardinals erupted for three runs in the bottom of the second inning.
Maggie Garcia slapped a leadoff infield single and Abby Anderson drew a walk. One out later Wilbur took a Huff offering and planted it over the left centerfield fence for a three-run bomb.
Bridge City tacked on three more runs in the bottom of the sixth inning.
Natalie Reed had a one-out single and Garcia reached on an error. Anderson scored a run with a single up the middle and Peyton Trappbrought in another run with a RBI groundout.